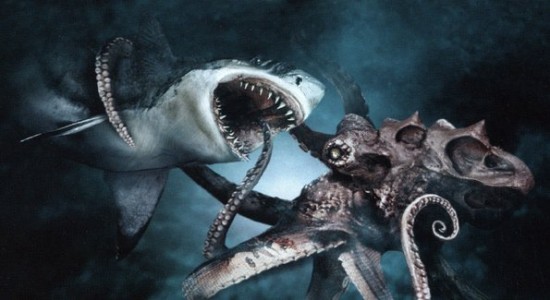 No, we’re not talking about a Syfy Channel exclusive movie.  National Geographic has posted footage taken from a zoo aquarium tank where keepers decided to introduce some Spiny Dogfish Sharks.  According to the narrator, they were hoping that their sharks, despite their omni-carnivorous diets, wouldn’t decided to make a meal of their Giant Pacific Octopus.

And then shark corpses kept showing up at the bottom of the tank.  Understandably eager to know what was killing their animals, the keepers set up some cameras, and the footage they captured is below.