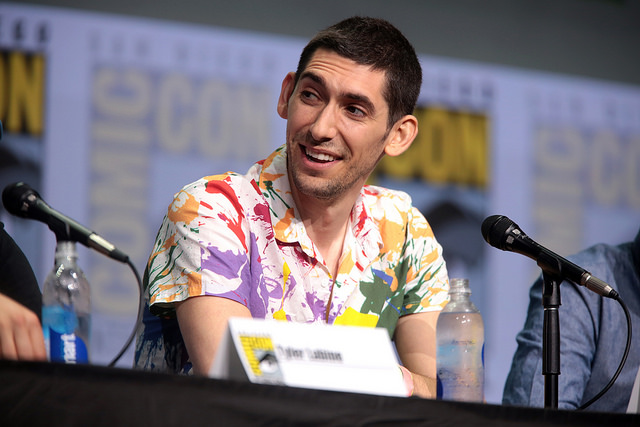 As Netflix’s Bright, written by Max Landis and directed by David Ayer, is being released with a massive marketing campaign, a number of people have come forward with allegations about Landis. Now, it’s true that these are allegations on Twitter, many of them second-hand, and I haven’t seen any stories yet from a publication with fact-checkers and vetting. So you’re certainly allowed to take those factors into consideration as you appraise the allegations. But there are a bunch of these, TMSers, and they all suggest a long-standing pattern of abusive behavior that’s an “open secret.”

Written by a psychopath who sexually abused and assaults women, right? Cool

Zoe Quinn also tweeted her own thread about Landis, writing that it “has been an open secret for so long” and that “more friends have accrued ‘Max Landis stories'”

Sometimes men who commit sexual assault are talented screenwriters and their work comes with baggage.

It probably has been an open secret for so long because it’s hard to talk about the seriously fucked up shit he’s done when you say his name and everyone within earshot has to seek medical care from reflexively rolling their eyes so hard they sprain. you can’t control it.

I’ve been holding in this shit for years as more friends have accrued “max landis stories” bc it wasn’t my place and him & his dad are powerful figures so naturally going against that is terrifying for survivors so I’m SO glad people are finding out what a piece of shit he is.

Lindsey Romain also tweeted about “Lax Mandis,” a name for Max Landis commonly used on Twitter to avoid drawing his often-toxic attention, and said “it isn’t hard to find evidence of his predatory behavior if you go looking.”

btw, for those asking, i don’t have tea on Landis. but the stories have been out there for a long ass time and from people i believe. it isn’t hard to find evidence of his predatory behavior if you go looking.

Others seemed to be participating in the discussion, but did not use specific names, instead referring to a “famous director’s son” and the writer of “that big Netflix movie.” For example, Allie Goertz posted a follow-up to her November tweet about a “famous director’s son.” Neither of those tweets includes a specific name, so we can’t know for sure who it’s about. However, Akana responded to Goertz’s tweet by saying that she believed her. Goertz responded by thanking her and hoping that the stories of “other women I know who came forward” would soon be published.

BTW, multiple publications interviewed me about this tweet and I gave on-the-record comments to all of them. I don’t know if they’ll ever come out but from what I can tell, each place is taking the story very seriously.

Thank you, Anna! My experience was minute (yet coloring) in comparison to the other women I know who came forward. I hope their stories are published so we can stop him. Your support is huge to the cause. ♥️

Jake Weisman, one of the writers behind Comedy Central’s Corporate, also described the writer of “that big Netflix movie” as “one of the worst people alive,” but without reference to a specific crime or name. Writer Mike Drucker and actress-writer Siobhan Thompson then responded.

Definitely watch that big Netflix movie coming out, written by that fucking psychopath who is one of the worst people alive

As I mentioned above, these are allegations on Twitter, not fact-checked news stories. And Landis has previously given some horrifically problematic interviews, which may have been the behavior to which many people were alluding. Either way, it’s deeply troubling stuff.