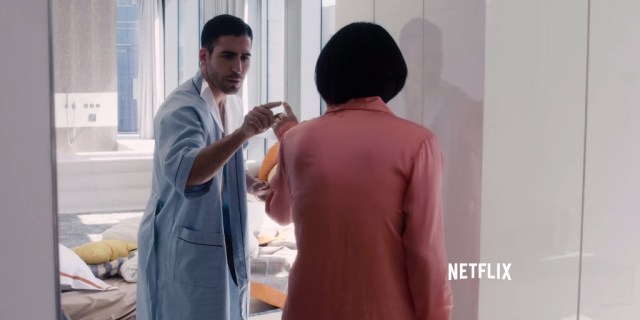 Somehow, despite Sense8‘s strongly positive critical reception, Netflix is taking its time on deciding whether to give it another season or not. Series co-creator J. Michael Straczynski explained what’s up with the wait at TCA today. He said, “We’re still waiting word for the final determination, but the talks have been optimistic. It’s Netflix’s call.”

The ball’s firmly in Netflix’s court. Given all the positive vibes coming out from critics, fans, and the LGBTQ+ community, it’s not hard to see that Sense8 will be coming back soon to blow your mind and get everybody talking again. One wonders, though, if the Wachowski siblings miss the big screen at all. After Jupiter Ascending and Cloud Atlas‘ relative failures, they might still be stinging. But it seems like they’ve found their home in Netflix and small-screen mini-series.

Only time will tell whether we’ll be watching our Sense8 bbs grace our screen. But things are looking up, y’all.