Self-Guided Bullet Prototype Can Home in on Laser Targets 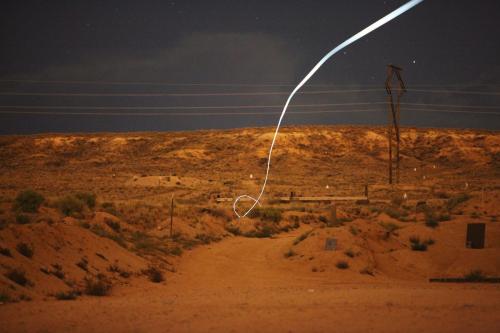 Considering that we have military technology that includes cameras that can be fired out of grenade launchers, drones that have their own drones, and tiny computers that can be used as Wi-Fi hacking grenades, it’s kind of surprising that we don’t have homing bullets yet. Well, now we do. Sort of. Scientists at Sandia National Laboratories have successfully made a prototype of a self-guided bullet that can home in on a laser designated target at distances of more than a mile.

In order to create a working prototype of a guided bullet, Red Jones and Brian Kast, and the other researchers on the project had to take some unconventional steps, moving away from the traditional workings of your average dumb bullet. For instance, normal  are bullets fired from a rifle that has rifling — a series of grooves that give the bullet spin. Much like a football, the spin is what keeps the bullet straight. For a guided bullet though, you want to be able to change trajectory, so the spin has to be removed. Instead, the guided bullet has fins and flies rather like a missile or a dart.

While in flight, the guided bullet collects information with an optical sensor and relays it to an eight bit central processing unit that controls electromagnetic actuators. You may think it’d be tough to load all this equipment onto a bullet, but the researchers say that the bullet’s diminutive size has actually made things easier. With a rocket, course adjustment is a slow, meticulous process. With the bullet, adjustments are so responsive that the guidance system can compensate for over-correction pretty easily, which gives everything a little extra wiggle room.

According to the patent, the bullet guidance system does a lot to improve accuracy. At a distance of a half mile traditional bullets can be off by as much as 10 yards. The guided bullets, on the other hand, boast a spread of only 8 inches. Of course, it’d be hard to really quantify the accuracy of the traditional shots without factoring in skill, but with a difference that huge, it’s pretty clear the guidance is doing something.

When it comes to potential customers, a guided bullet could prove useful for the military, the police, or pretty much anyone who shoots a gun, ever. Naturally, the ammunition might be more expensive, and using laser-targeting on a moving target might prove to be similarly difficult to just aiming a dumbfired bullet at it but removing environmental variables like wind certainly can’t hurt your accuracy. In any event, the future is coming, and while it doesn’t yet have laser guns, it does have laser-guided bullets.