San Diego Comic-Con 2014: While You Were Sleeping, Part 4 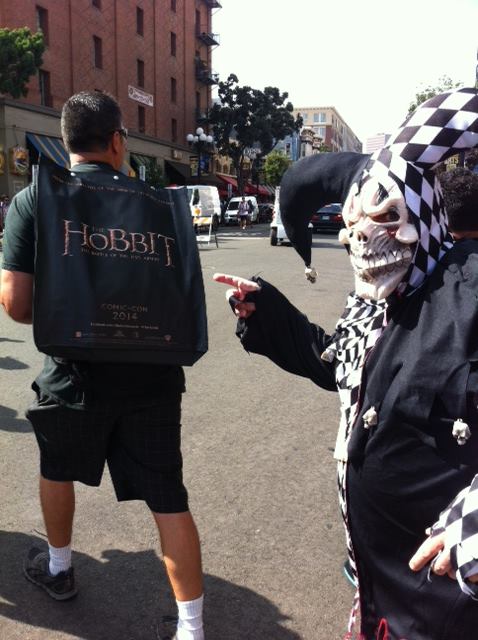 Au revoir, San Diego Comic-Con. The craziness is over for another year. Here’s what you missed on the final day, including but not limited to American Horror Story casting, news of a Supernatural musical episode, a depressing Age of Ultron prop pic, and CREEPY JESTER PETER JACKSON.

Josh Brolin wields the Infinity Gauntlet and eats flowers at the Marvel Studios panel on Saturday. Run away, RDJ, run away! (via Fashionably Geek)

TVLine interviews the cast of Bob’s Burgers and gets some information on season five, kicking off on October 5th.

Age of Ultron, nooooooooooooo. Comic Book Movie also has a picture of what may be Ultron’s first body. (via io9)