Ready the Horsemen of the Apocalypse, The MTV “Fandom Awards” Are Coming to San Diego Comic-Con 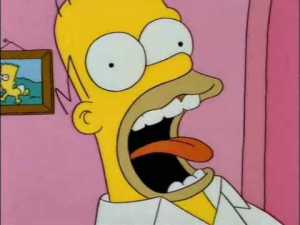 Via Hero Complex: “MTV is heading to Comic-Con International in a big way, with a new awards show designed to honor fan favorite programming. Set for July 24, the mtvU Fandom Awards will pay tribute to the best offerings in genre film and television from the past year, with musical act Linkin Park headlining the ceremony at San Diego’s Petco Park. The awards will also celebrate fans themselves and will take place as part of a larger fete — the MTV Fan Fest, a free party at the stadium open to all Comic-Con badge holders.” The notion of an event like this, combined with the general insanity of San Diego Comic-Con, makes me feel like breaking out in hives, and I’m not even going to San Diego Comic-Con. Jill is, though. Everyone pray for her.