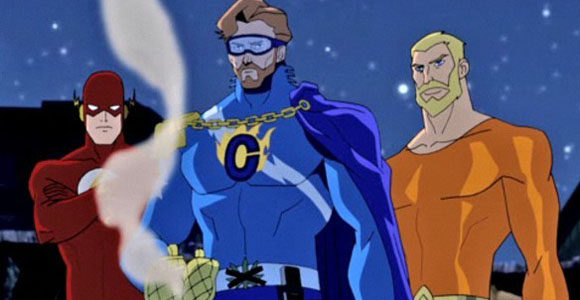 If you’re one of those fans who thinks Comic-Con International: San Diego has gotten “too Hollywood,” brace yourselves – Conan O’Brien is coming, and not just for a panel appearance. The host has secured a theater venue for next year’s SDCC, giving many a first glimpse at the official convention dates for 2015 and also a huge frakking headache. Speaking of headaches, SDCC hotels go on sale today, are you ready?

Wow. Just…wow. That was my reaction when I heard the news.

“TBS’ Conan has booked a residency at the Spreckels Theater in downtown San Diego from July 8 to 12, 2015, tied to next year’s annual geek convention,” writes The Hollywood Reporter. “This marks the first time a late-night talk show has been broadcast from the hugely popular Comic-Con event.”

Again, I say wow. This is a huge win for the nonprofit SDCC (even if the two won’t be officially associated) but the same probably won’t be said for fans. The ever-growing convention long ago outgrew its San Diego Convention Center britches, something which was the impetus to expansion planning (moving at a snail’s pace). It’s since spread far into the surrounding area streets and spawned smaller fan events like Trickster and Zachary Levi’s Nerd HQ nearby as well.

The good news about this announcement? It seems we know the SDCC dates for 2015. Perhaps that will help ease your hotel frustrations next time around? As for this year, the nerve-racking lottery process starts this morning. Here’s the details:

OR you may call Travel Planners starting on April 8th, at 9:00am Pacific Time:

To avoid delays during the request process please look at our hotel page in advance at http://www.comic-con.org/cci/hotels.  Be sure to look at the hotel PDF and choose your top 6 hotels before housing opens as you will be required to select exactly 6 hotel choices.

There will be no direct link to the housing request form from the Comic-Con web site.

PLEASE DO NOT TRY THE LINK OR CALL BEFORE TUESDAY, APR 8TH, AT 9:00 AM PACIFIC TIME.

So what do you make of the news? Great, terrible, indifferent? Are you trying for a hotel today? May the Force be with you.