In Space, Someone Might Actually Hear You Scream From This Satellite 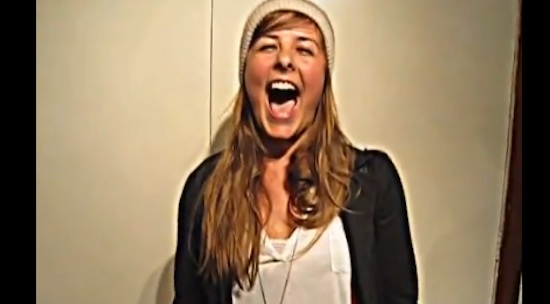 A group of student satellite engineers at Cambridge University has taken issue with the famed tagline of Ridley Scott’s 1979 horror masterpiece Alien, and is making a valiant effort to make your screams heard from space. The project is part of a collaboration between the group Cambridge University Space Flight and British space company Surrey Satellite Technology that will test how well a satellite in orbit can be controlled from a smartphone-based guidance system, while also handily frightening off any extraterrestrial invaders who happen be hovering around the planet.

Using just one smartphone as the guidance system for a satellite may sound like a lot to ask, but many modern smartphones potentially have the power to guide satellites in their orbit and issue commands to them. Which is something to think about next time you’re using yours to watch GIFs of cats falling off of tables while waiting in line at the grocery store.

You can take a look at the inner workings of the tiny satellite that will launch with an attached Android smartphone before the end of the year in the video below. The smartphone will be loaded with a variety of software and data, from guidance and testing systems for the satellite to a series of screams from all over the world. Which, yes, you probably won’t be able to hear when they actually go off in orbit. That’s no reason not to try, though!

The most space-worthy screams will be selected by popular vote. To weigh in on the most bone-chilling shrieks, head over to the project’s webpage. Though we don’t think we should need to say it, you’re going to want the volume turned down to a dull roar for this one. If you think you’ve got a particularly great set of pipes and a worthy wail, you can even submit a YouTube video of your best scream for consideration. Voting ends on November 4, so you can even take advantage of the season and put the embarrassing effects of your favorite horror movie to, well, not sure if this qualifies as good use. Novel, at the very least, though. That’s something, right?