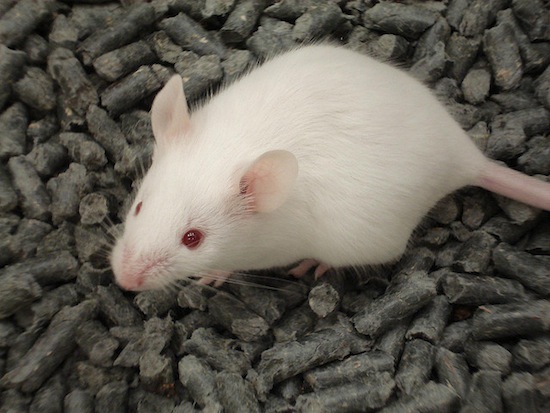 Remember that scene in Jurassic Park where the scientist is explaining to Ian Malcolm that all the dinosaurs on the island are female because they deprive them of a specific hormone at a specific moment? Science may have just found that hormone and that moment. A team of scientists have found the protein that kicks off the development of male sex organs in mice. It could even explain why the female dinosaurs in Jurassic Park were able to breed.

The research was done by Professor Christof Niehrs and his team at the Institute for Molecular Biology in Mainz, Germany. It tested the effects of depriving developing mice of the gene Gadd45g. The study found that when male mice were divested of Gadd45g, they had the appearance of female mice in both internal and external sex organs. At first the researchers didn’t even realize they were male.

“When breeding Gadd45g mutant mice we were puzzled why we got only females, until we discovered that some of these females actually carry a Y-chromosome,” said Niehrs. Quick reminder: Males have a Y-chromosome, but females do not.

If we look back at Jurassic Park, that could explain how the supposedly all-female population of dinosaurs were able to breed. They weren’t all female after all. We’re not sure how the mechanics of it would work out since the external sex organs of the male mice in the study were indistinguishable from those of the female mice, but we’d rather not think about the specifics of dinosaur mating. Also, it was fictional.

The effect of Gadd45g is to regulate another gene, Sry. That is the gene believed to be the master gene behind regulating the development of male gender characteristics. There is a very short window in the embryonic stage where Sry is needed in large amounts for proper development of male sex organs. Not providing the embryo with Gadd45g leaves it without enough Sry in this crucial stage. The actual chromosomes don’t change. The mouse is still a male, but it develops female sex organs instead.

This new information makes more sense than the frog DNA explanation given in Jurassic Park for the dinosaur’s ability to spontaneously switch gender, and we think it’s really going to help our fan fiction be more believable.

(via Institute of Molecular Biology, Mainz, image via Rick Eh?)