All-Female Species Survives by Stealing DNA of Other Animals 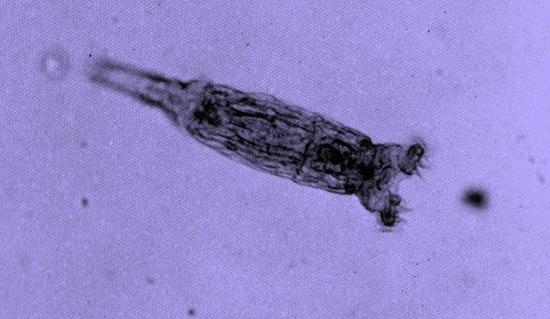 When a class of animal is made up of only one gender, those animals tend to go extinct. That’s not the case with the bdelloid rotifers, which have been exclusively female for around 80 million years. Just like we learned in Jurassic Park, life finds a way. For the bdelloids, that way is by hijacking the DNA of other species for its own benefit. Clever girl.

A study by the University of Cambridge shows that about 10% of the expressed genes in the bdelloid rotifers are from other species. The species it has stolen from include fungi, plants, and bacteria. The introduction of foreign genes is what has allowed the bdelloids to survive for so long without sexual reproduction. Scientists believe reproduction in the usual manner introduces key variations into the genetic code of an animal that lead to mutations, and allows that animal to adapt over time.

Apart from allowing the bdelloids to survive as an all-female class for so long, these stolen genes have made the bdelloids crazy resilient. They live in water, but said water is generally inhospitable to life. Bdelloids can be found in places like tanks at sewage treatment plants and brackish water. They also live in places that sometimes spontaneously dry up. That’s bad news for most aquatic life, but the bdelloids can survive desiccation, or being totally dried out, for a record of nine years.

The bdelloid rotifers are to microscopic life as Rogue is to the X-Men. They basically sap all the best powers from others and use them for their own benefit. The scientists at Cambridge have identified genes in the bdelloid from over 500 species.

(via PLOS ONE, image via ibsut)