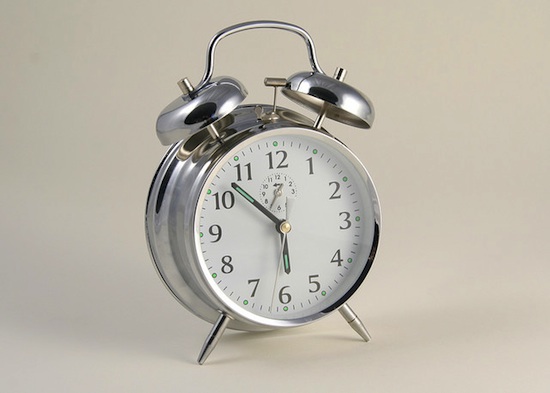 Do you have a hard time getting out of bed in the morning? Good news — it’s probably not your fault. Researchers are offering more insight into a gene that seems to govern people’s sleep cycles — mutations and variations in this gene can render people genetically predisposed to being early birds or late risers. So thanks, genetics,for taking one more item off of the “Aspects Of My Personality That I’m Actually Responsible For” list. Oh, also interesting about this gene? It may help researchers predict what time you’re going to die, like a gypsy made of DNA.

Andrew Lim, an author on the study, had this to say of the gene, which seems to be largely in control of the biological clock, and looks to be inheritable as well:

“The internal ‘biological clock’ regulates many aspects of human biology and behavior, such as preferred sleep times, times of peak cognitive performance, and the timing of many physiological processes. It also influences the timing of acute medical events like stroke and heart attack.”

That’s how the biological clock seems to impact the timing of death. It turns out that everything in life has a cycle and flow to it, even death. The natural circadian rhythm of death means most people are likely to kick off at about 11 am, though mutations in this gene seem likely to have an effect on even that cycle, with people with a certain mutation more likely to pass away in the evening, closer to 6 pm.

The gene doesn’t let you predict what day you’ll die, though — unfortunately, you’ll still need the services of an unsettling carnie for that.