Scientists Code All 154 Shakespeare Sonnets and MP3 Files With DNA 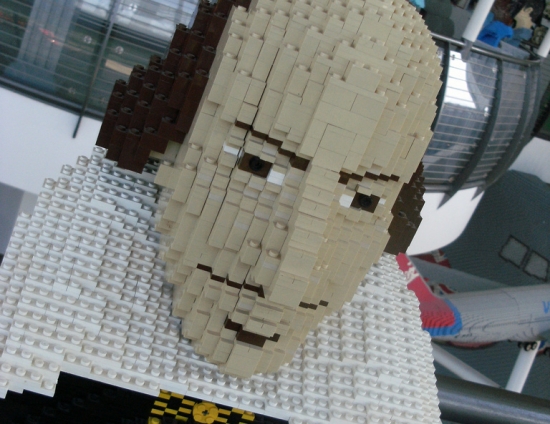 I recently picked up a 32 gig micro-SD card, and I was impressed by how much data could fit into something so small, but that’s nothing compared to the research being done in DNA data storage. Science has been able to code information with DNA, but the amount of data capable of being stored was low, while the error rate was high. New techniques have allowed scientists to encode large amounts of data into DNA, including all 154 Shakespeare sonnets, a photo of their lab, a PDF file, and an MP3 of a portion of Martin Luther King Jr.’s “I Have a Dream” speech, and to decode the information from the DNA successfully.

The new techniques are able to store significantly more data by solving the problem that caused so many frequent errors in earlier DNA storage experiments. Namely, that chains of repeating bases do not reproduce well. If any of the four bases of DNA (adenine, guanine, cytosine, and thymine) repeat too many times in a row, then reproducing them accurately becomes problematic.

To prevent this, the researchers assigned one of the bases to be essentially meaningless, and had it represent that the chain is continuing. If guanine(G) is the meaningless placeholder, than it can be used to break up a long chain of cytoside(C). Instead of CCCCCCC, the researchers would code the sequence as CCGCGCC, and it would mean the same thing as far as the code was concerned.

This method of storing information with DNA has an estimated storage density of 2.2 petabytes per gram. To store that much data it would take 32,768 of my 32 gig micro SD cards, and that pile of cards would weigh over 18 pounds.

DNA storage isn’t quite at the level of replacing our SD cards though, and in its current state it is really only economically feasible if you need to store data safely for 500 years or more. The scientists doing this type of research expect that within a decade they can bring costs down to satisfy the needs of anyone needing to archive information for about 50 years, but we’re still probably a few decades away from DNA-powered petabyte micro SD cards.