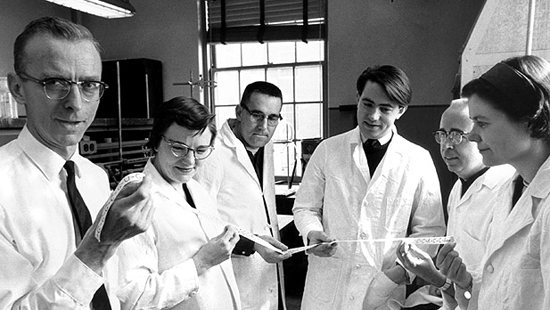 Scientific papers being retracted after publication isn’t some kind of new phenomenon. The age of press releases might have made such snafus a more widely-known event, but it’s one of those things that happens from time to time. Common wisdom was that the majority of retractions were due to errors present in the work, but a new study has concluded that it’s actually misconduct like fraud or plagiarism that causes most retractions. In other words, scientists aren’t dumb; they’re just liars.

PhysOrg breaks down how the new study came to this conclusion:

The study reviewed 2,047 papers retracted from the biomedical literature through May 2012. To determine the reasons for the retractions, the researchers consulted several secondary sources, such as the National Institutes of Health (NIH) Office of Research Integrity and Retractionwatch.com, which investigate scientific misconduct.

The researchers found that about 21 percent of the retractions were attributable to error, while 67 percent were due to misconduct, including fraud or suspected fraud (43 percent), duplicate publication (14 percent), and plagiarism (10 percent). Miscellaneous or unknown reasons accounted for the remaining 12 percent.

The studies that investigated this issue previously only took into account the official retractions by the scientific journals — which are written by the authors of the paper being retracted. It’s not like they’re going to come right out and say, “We totally copied this bit from someone else,” or anything like that.

(via PhysOrg, image via mars_discovery_district)