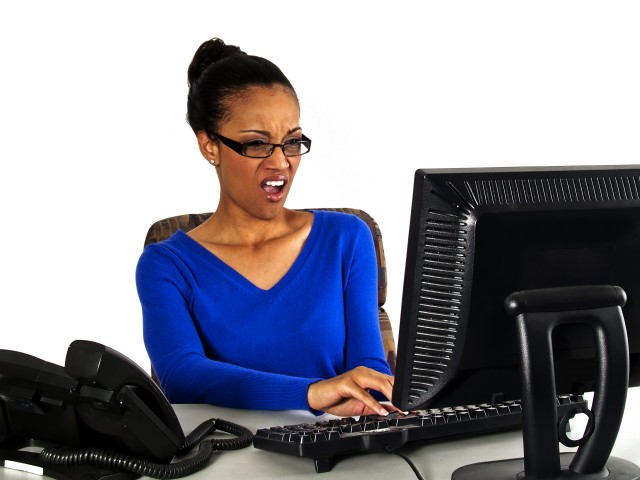 The journal Science runs a STEM career advice column called “Ask Alice” with Dr. Alice Huang, but it looks like Huang might be the one needing career advice after a disastrous answer to a woman’s concerns about her postdoctoral work adviser.

For its part, Science Careers yanked the post offline quickly when the appropriate outcry began, which is a response we greatly appreciate. They also left a wonderful note to pre-empt anyone who wants to complain about censorship, stating that they were more than happy to remove the post as it didn’t live up to their values:

The Ask Alice article, “Help! My adviser won’t stop looking down my shirt,” on this website has been removed by Science because it did not meet our editorial standards, was inconsistent with our extensive institutional efforts to promote the role of women in science, and had not been reviewed by experts knowledgeable about laws regarding sexual harassment in the workplace. We regret that the article had not undergone proper editorial review prior to posting. Women in science, or any other field, should never be expected to tolerate unwanted sexual attention in the workplace.

Still, as always, the Internet is forever, and thanks to an archive, we know that the original question read:

Q: I’ve just joined a new lab for my second postdoc. It’s a good lab. I’m happy with my project. I think it could really lead to some good results. My adviser is a good scientist, and he seems like a nice guy. Here’s the problem: Whenever we meet in his office, I catch him trying to look down my shirt. Not that this matters, but he’s married.

What should I do?

Admittedly, Bothered is in a tough spot, because attempted ogling is a bit hard to prove, but that’s probably why she wanted some sage advice from someone who’s likely dealt with similar situations in male-dominated fields.

Sadly, Huang’s response went far beyond defeatist and well into apologist territory. She began, “Imagine what life would be like if there were no individuals of the opposite—or preferred—sex. It would be pretty dull, eh? Well, like it or not, the workplace is a part of life.” You know, because people of opposite genders cannot be in the same room without their genitals flying together like opposite-poled magnets—true biology fact. That’s the real reason so many modern workplaces are moving towards a work-from-home model; it’s safer for everyone involved.

Some definitions of sexual harassment do include inappropriate looking or staring, especially when it’s repeated to the point where the workplace becomes inhospitable. Has it reached that point? I don’t mean to suggest that leering is appropriate workplace behavior—it isn’t—but it is human and up to a point, I think, forgivable. Certainly there are worse things, including the unlawful behaviors described by the EEOC. No one should ever use a position of authority to take sexual advantage of another.

As long as your adviser does not move on to other advances, I suggest you put up with it, with good humor if you can. Just make sure that he is listening to you and your ideas, taking in the results you are presenting, and taking your science seriously. His attention on your chest may be unwelcome, but you need his attention on your science and his best advice.

No. What she needs is someone who only has eyes for her science so that their attention is undivided. And those EEOC unlawful behaviors Huang mentioned? They were included in a paragraph of the response that concluded that his behavior hasn’t been unlawful despite the line, “harassment is illegal when it is so frequent or severe that it creates a hostile or offensive work environment.” If someone describes themselves as “bothered” and is actively seeking help for their situation, I think it’s fair to assume that they’ve already crossed into an “offensive work environment.”

And then, of course, there’s the fact that it doesn’t matter whether the behavior is illegal. Things don’t need to be expressly illegal to be wrong or to be fixed.

It’s sad to see that the best advice for dealing with sexism from a woman who’s made a career out of science is, “That’s just how it is.” Especially because of the reality it reveals: harassment is a ubiquitous enough problem that even those who would be on the receiving end have been conditioned to ignore it, which never solves anything.

Let’s do something about this. Take it from the Curiosity Rover, an expert on both rocket science and not being a sex-obsessed idiot (what with being a space robot and all).

(via Sarcastic Rover, image via Rommel Canlas on Shutterstock)