Star Trek, Doctor Who, & A Space Shuttle On One Fantastic Sci-Fi Ring 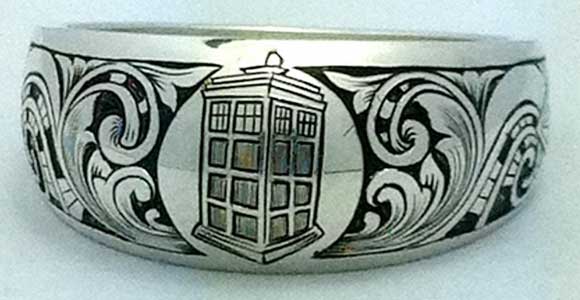 This is a wonderful mash-up relevant to my interests! Harpuahound from the online community Engraver’s Cafe, created a unique science and science fiction-minded ring on request. Hit the jump to check out the side views!

Harpuahound writes, “They wanted insignias mixed in with the design. Tardis (Phone booth from Dr. Who) is center motif. With a space shuttle on one side and Star Trek symbol on the other.” 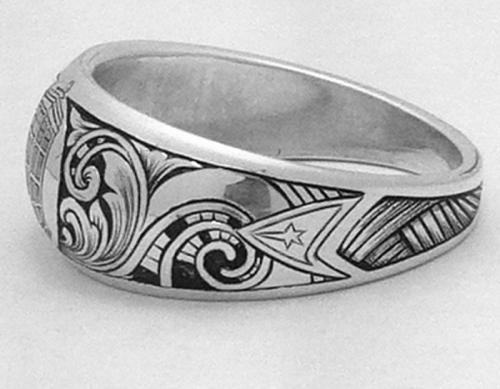 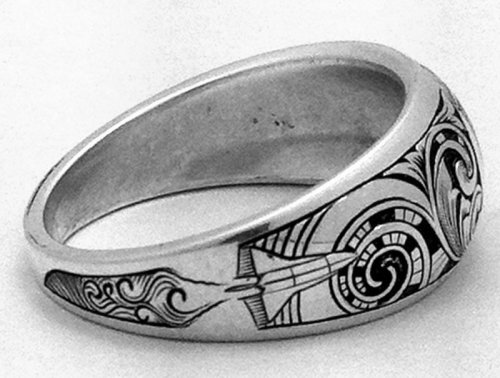 I should think the recipient would be very happy with this. I know I would!