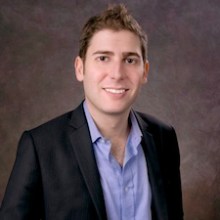 Facebook Co-Founder Eduardo Saverin, who you may remember as “that laptop-freakout guy Andrew Garfield played in The Social Network,” is no longer a U.S. citizen. Instead, he has opted to be a citizen of Singapore exclusively. The publication of his name in the Federal register Quarterly Publication of Individuals Who Have Chosen to Repatriate indicates that he renounced his citizenship sometime before April 30th. Why? Probably taxes.

“Eduardo recently found it more practical to become a resident of Singapore since he plans to live there for an indefinite period of time,” Saverin’s spokesman told Bloomberg. He’s probably found Singapore more practical because they, unlike the U.S., don’t have a capital gains tax, and with Facebook’s looming IPO valuation looking to be around $100 billion, Saverin is still entitled to about $4 billion even after any and all funny business that may have gone down with Zuckerberg and friends. $4 billion is still a lot, but when you probably can’t stop thinking it should be more, a capital gains tax might prove to be a little salt in the wound.

Billionaire problems, right? Aren’t you glad you don’t have them? Yeah, me neither.