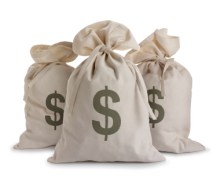 Even though it only sits behind Google as King of the Internet, Facebook wasn’t actually a publicly traded company — and it even got the Aaron Sorkin treatment. Today, finally, Facebook has taken its first steps to becoming a publicly traded company and filed to sell shares on the stock market. Along with seeking to use the ticker “FB” for its shares, it also filed seeking to raise five billion bucks. Facebucks, we’ll call them. Though not even close to Google in terms of revenue or control of Internet territory, analysts feel going public will give Facebook a major boost playing catch-up to the six-lettered Internet giant.

Over the last four years or so, Facebook has grown from 50 million users to 845 million, well on their way to hitting the prestigious one billion user mark, something that is projected to happen this summer.

Over at Reuters, Anthony De Rosa has an interesting list capturing some of the more intriguing data points regarding Facebook’s IPO. Evil game company Zynga, creator of FarmVille, accounts for around 12% of Facebook’s revenue, and in 2011, advertising accounted for a staggering 85% of Facebook’s revenue, though when you think about it, a service that offers its most popular features for free making that much revenue from advertising isn’t surprising at all. Another interesting fact is that Mark Zuckerberg owns 28% of Facebook, a number you probably thought was a bit higher, but before the IPO, he owns enough stock to have total veto power, at 56.9%. Check out some other interesting, though not as intriguing tidbits over at Reuters, and if everything goes right with Facebook’s IPO, the world should probably brace itself for an even bigger Facebook.

UPDATE: Check out a video highlighting the red flags of the Facebook IPO below.