Ah yes, Disney World, where even the trash is magic. 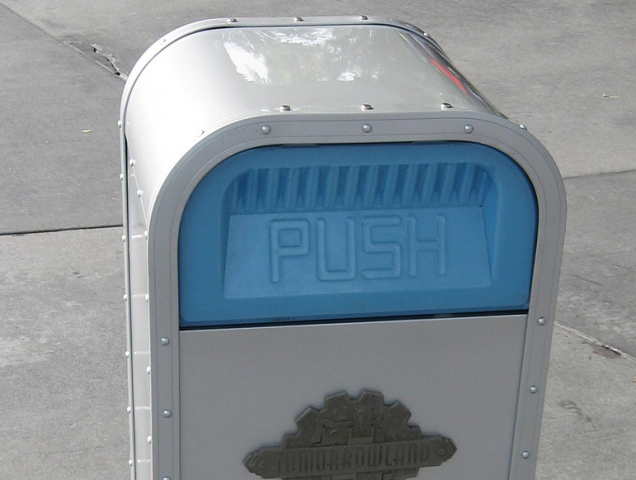 Here’s a thing you probably didn’t know: Disney World employs a talking trashcan called “Push” who entertains guests with adorable jokes about Indiana Jones. Even more surprising, it almost got canned recently, but will probably keep its job thanks to the magic of the Internet.

Though the character has been a beloved staple of Tomorrowland since 1995 (and is also a trash can that talks what the actual heck), rumors surfaced several days ago that a recent contract dispute with the puppeteer who controls Push might cause the can’s sudden and inevitable demise. Fans immediately rallied around their favorite garbage can, starting a Facebook page that currently has over 5,500 likes, several Twitter accounts, and a trending hashtag called #savepush that was used in over 2,000 tweets in a 26 hour time frame.

IVE NEVER LOVED A TRASH CAN MORE IN MY LIFE! @WaltDisneyWorld #savePUSH

But like every Disney story, this one has a happy ending — while we were working on this piece, Orlando Sentinel writer  Jason Garcia confirmed with a Disney spokesperson that Push will remain at the park for the time being.

Disney spox says there’s “nothing to” rumors that PUSH the talking trash can is getting laid off. Says PUSH “isn’t going anywhere.”

So was this can saved by this social media campaign? Possibly, though it’s much more likely that the contract disputes were settled in-house and Push’s fate was in no way determined by his scores of adoring fans. But come on. You know that if Disney were going to make a movie about Push, they’d go with the more feel-good ending.

Watch the little guy in action:

(via Inside The Magic, and Orlando Sentinel, image via Edward Russell)