What Is Star Wars Canon And What Isn’t? Lucasfilm and Disney Are On The Case 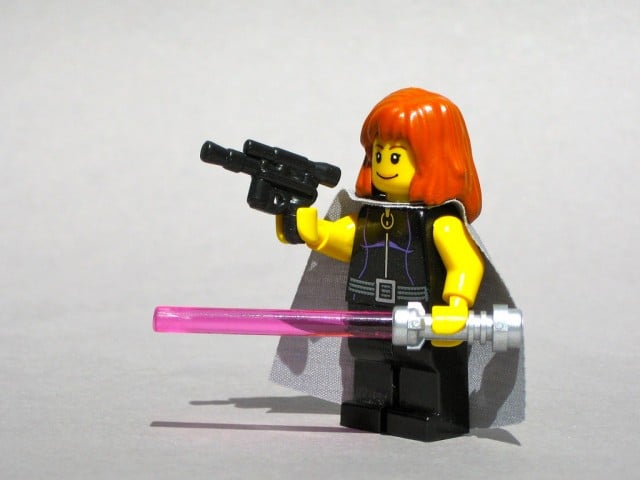 Star Wars fans will be excited to know that Lucasfilm and Disney have convened a “Story Group” that’ll be deciding whether characters from the expanded universe will be considered as official canon , and maybe even who might get to appear in future moviesMARA JADE OH MY GOD.

As Star Wars aficionado and awesome person Bonnie Burton reports for CNET, this isn’t a new idea by any stretch of the imagination. It first began as an initiative from Lucasfilm President Katherine Kennedy in 2013, and members of the appropriately-yet-vaguely-titled group, Leeland Chee and Pablo Hidalgo, have been forthright about the project in recent presentations at Star Wars Celebration Europe and in interviews to the fan-run podcast Forcecast. So hardcore fans of Star Wars have known about this for a while,

However, excitement about the group has picked up steam over the past week due to a series of tweets that Leland Chee made answering questions about the way the Story Group works.

@A_Targaryen Story Group has a hand in all facets of Star Wars storytelling, including movies, TV, games, and publishing.

@StephenVincent More so than ever, the canon field will serve us internally simply for classification rather than setting hierarchy.

Not an Expanded Universe fan? To put it simply, there are different hierarchies of Star Wars canon — G-canon is the movies, radio plays, and official statements from George Lucas, which up until now have overridden any contradictions in canon. Then there’s the T-canon, which consists of the Clone Wars TV show and the upcoming live-action show. After that is the C-canon, which consists of all the comics, books, and games, with some exceptions in video gameplay that are considered N- or non-canon — for example, if you played a female Revan in Star Wars: Knights of the Old Republic, that’s N-canon, because in all other stories Revan is male.

The goal of the Story Group is simple: to bridge the gaps between all these different canons, such that the expanded universe becomes just as important and consequential to the franchise as the movies are. So, basically, they’re trying to become the Marvel Cinematic Universe — a worthy goal, and one that could be accomplished considering that both properties are owned by Disney.

This is easier said than done, of course, because the movies and the expanded universe (EU) have always had a tricky relationship with one another; other than borrowing a few names here and there (Coruscant, Aayla Secura, swoop bikes, dual lightsabers, etc), George Lucas himself never took the EU entirely seriously and often considered it irrelevant to film-only continuity. As a result, EU stories have often had to retcon themselves around what is said in the movies, rather than the movies borrowing from the EU. But as Keeper of the Holocron since 2000, Chee is certainly well qualified for the task at hand. We can only imagine that the rest of the group is similarly passionate about the franchise and that this will mean good things for the next movies in the series.