The Cover To Neil Gaiman’s Sandman Prequel Has Been Revealed 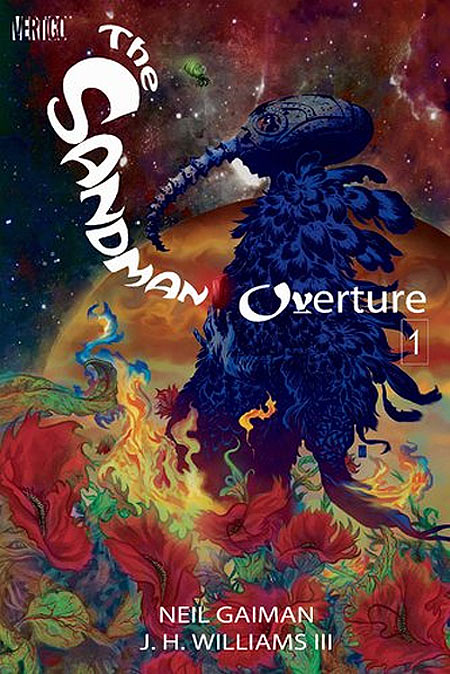 The New York Times had the honor of debuting the cover to Neil Gaiman and J.H. Williams III’s The Sandman: Overture #1. It will be available on October 30th and help usher in six new titles at DC Entertainment’s Vertigo imprint. The six-issue mini-series will be published every other month with a special edition of the same issue published in between. NYT says it “will include more of the artwork (because of translucent word balloons developed by the letterer Todd Klein), as well as behind-the-scenes commentary and character sketches.”