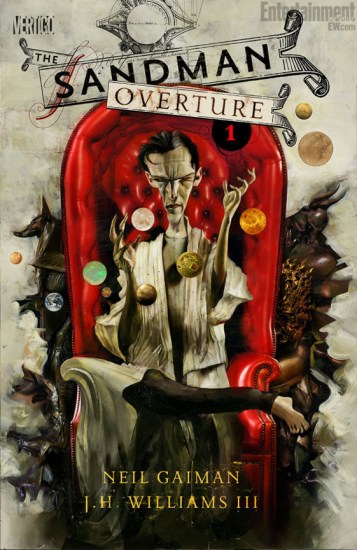 Two weeks ago the Sandman prequel cover by artist J.H. Williams III was revealed, showing Morpheus fully dressed with the mask and dreamstone he was wearing during the events that kicked off the Sandman series. Now a cover by Dave McKean, the artist who created the recognizable covers for the series 25 years ago, has been released, complete with Dream sitting on his throne, and Anubis and other figures teasing us from behind the chair with hints of what we might be looking forward to. Of the dark alternate cover, Neil Gaiman told Entertainment Weekly,

“There is something special about Dave McKean that makes it feel real….I get the same thrill I got 25 years ago seeing his covers…”

Head past the jump to see the first page of the prequel, illustrated by Williams, as well as the San Diego Comic Con souvenir book cover featuring Morpheus, illustrated by McKean. 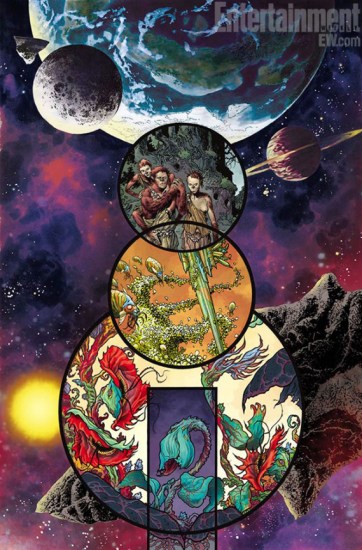 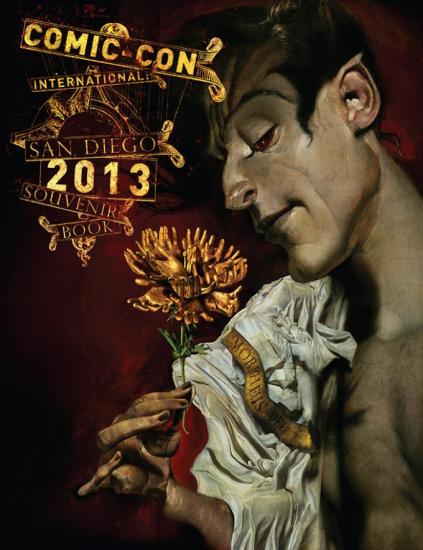 You can see magnified versions of the The Sandman Overture 1 cover and first page at EW.

Previously in The Sandman