Plus Tom Holland, 'Thor: Love and Thunder', and more! 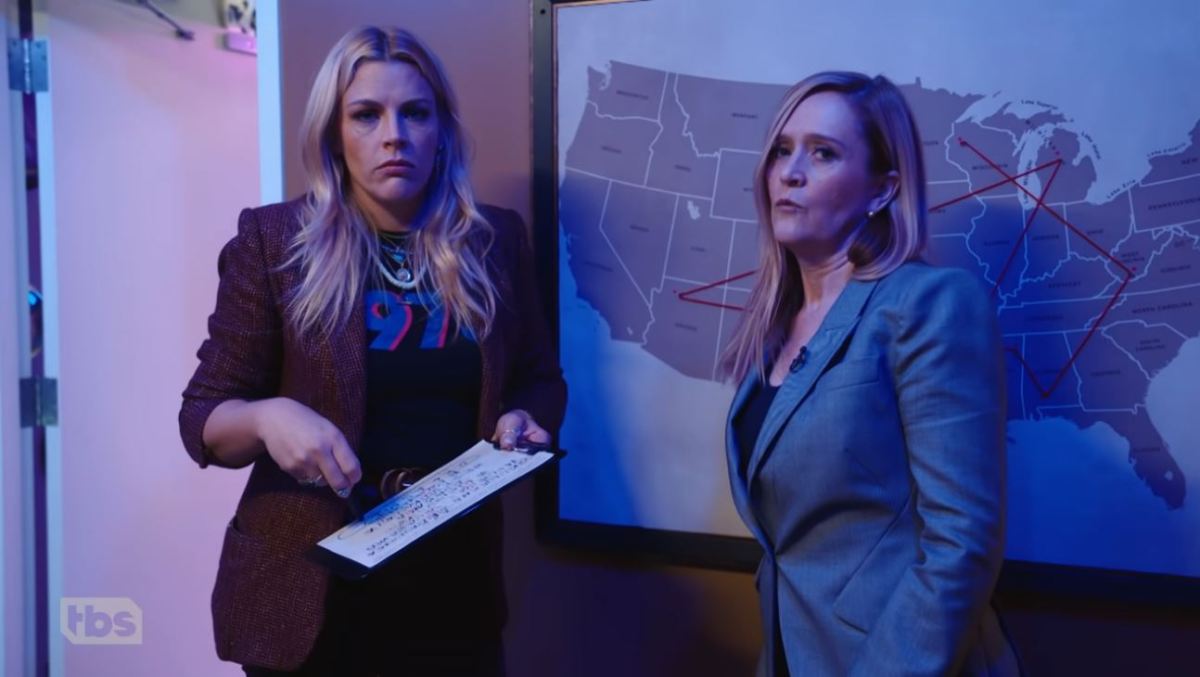 We’re currently living in a terrifying time for reproductive rights, fueled by extreme state abortion bans and the conservative majority on the U.S. Supreme Court. Yesterday saw the Supreme Court rule that the lawsuits filed by abortion providers and advocates could move forward against some defendants, while the court refused to block Texas law S.B.8 as the suits progress.

As Roe v. Wade stands on the verge of collapsing, there is little humor to be found in our country’s slow descent into The Handmaid’s Tale. But at least Samantha Bee is going to try, aided by actress and abortion rights activist Busy Philipps. Together, the two women brave an abortion rights-themed escape womb in a new segment for Full Frontal with Samantha Bee.

The room features various puzzles and quizzes based on current state and federal abortion laws, as well as statistic regarding reproductive rights. While Bee immediately flails, Philipps proves herself to be an adept puzzle solver, as she leads Bee through two rooms packed with Plan B, condoms, and abortion rights history. And while the escape womb has some complicated instructions, Philipps notes that “it’s actually much easier than getting an abortion in most U.S. states.”

And while the duo are able to escape the room, as the voice-over intones ,”Unfortunately, you’re still stuck in America!”

It’s a clever but sadly too real segment from Bee, who has delivered some excellent pieces on reproductive rights since her show’s beginning. And as one of the few female voices in late night, Bee continues to keep the issue at the forefront of her series.

The first poster for Thor: Love and Thunder just dropped!