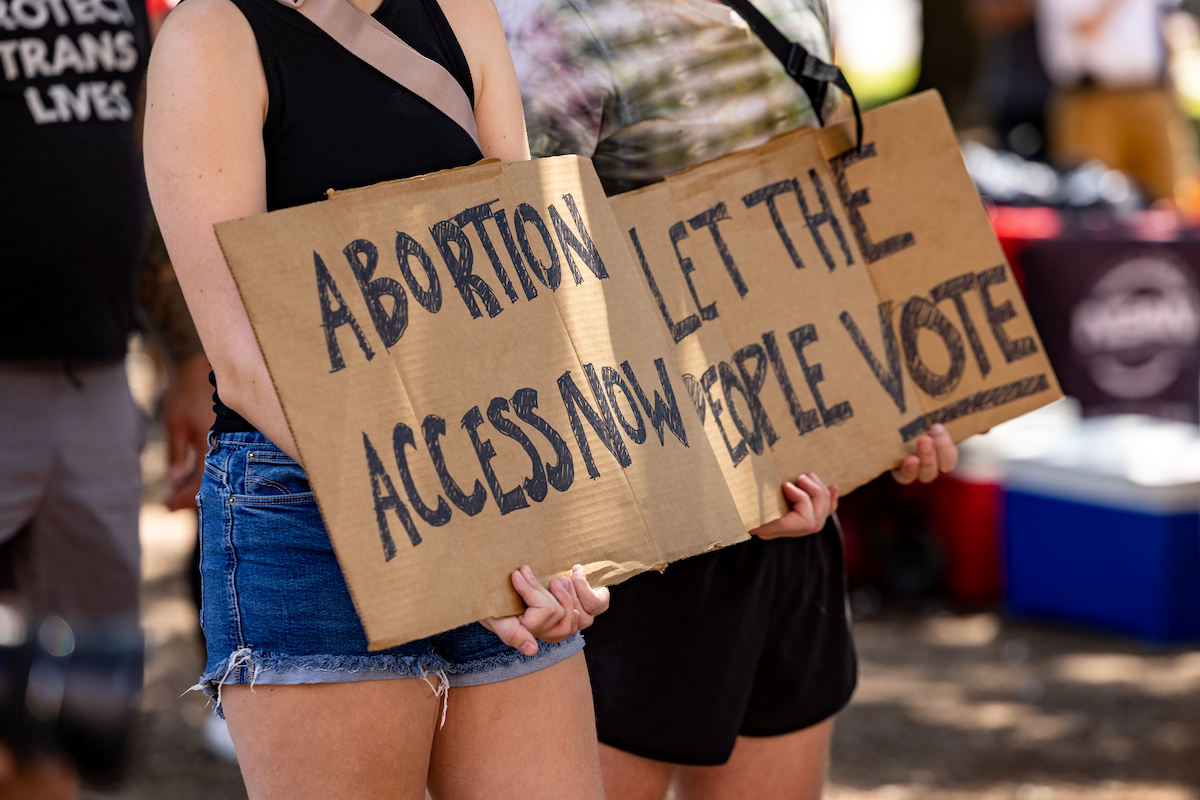 Some good news in Texas: A federal judge has issued a temporary injunction blocking S.B. 8, the state’s extreme six-week abortion ban. A lot still remains unsure, including how long the injunction will remain in place (Texas officials waited barely an hour before filing their appeal) and whether abortion providers will feel safe resuming abortion services.

The entire point of the law was to scare abortion providers (and anyone else considering “abetting” someone seeking an abortion) with the threat of being buried under a mountain of lawsuits. Under the new law, there is no limit to the number of lawsuits that can be filed against an abortion provider or the number of lawsuits a plaintiff can file in general, and the complaints don’t even need to come from people directly (or even indirectly, or at all) affected by the abortion in question. Those providers are personally responsible for paying the plaintiff at least $10,000 plus legal fees if they lose, but even if they win their suit, they’re not able to recoup their own legal costs.

So even though the ban has temporarily been blocked, many abortion providers may still be hesitant to resume providing this care, because if the injunction is overturned, they could still be opening themselves up to an endless amount of tedious, expensive legal trouble. And given that the appeal is happening in the 5th Circuit Court of Appeals–the exact court that allowed the ban to take effect in the first place–it would not be surprising if this injunction doesn’t stand.

Still, this ruling is a win and we should celebrate it. Also worth celebrating is U.S. District Judge Robert Pitman’s 113-page decision, in which he goes absolutely scorched-earth on this bullshit law and the people who designed it.

“A person’s right under the Constitution to choose to obtain an abortion prior to fetal viability is well established,” Pitman writes. The state knew it was denying people a constitutional right, so it “contrived an unprecedented and transparent statutory scheme” to deputize randos with no connection to a person seeking an abortion to do the state’s work for it.

“Rather than challenging the right to abortion via the appropriate process of judicial review, the State went so far as to draft the law in such a way as to attempt to preclude a review of the constitutionality of the statute by federal courts who have responsibility to safeguard the very rights the statute likely violates,” Pitman continues.

In what could be a typo, or could (more likely) be an incredible instance of “once more for those who weren’t paying attention,” Pitman follows that opening paragraph by repeating the exact same text,–the whole paragraph, written out again in full. I said what I said.

Judge Pitman comes charging out of the gate: and then repeats himself in the funniest bout of “I said what I said” that I’ve seen in a while.

He says Texas was fully aware that depriving citizens of the right to abortion by state action would be flagrantly unconstitutional. #SB8 pic.twitter.com/ZFyZvdn6QA

Pitman’s decision was a full-throated defense of abortion not just as a constitutionally protected right, but as basic, necessary health care. “The Court finds that abortion is a safe and common medical procedure, based on the credible declarations of abortion providers founded on their education and experience,” he wrote.

He also used gender-neutral language throughout his decision, even writing in a footnote, “The Court recognizes that not all pregnant people identify as women.” Pitman gets it!

We’ll keep our eye on this case, and other S.B. 8 cases moving forward but for now, this is a win.