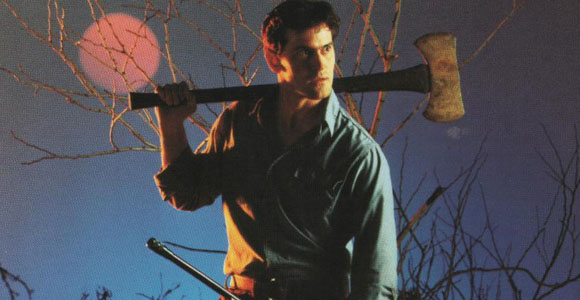 We’d been hearing a lot of serious chatter about an Evil Dead reboot for some time now. It was serious enough that one actress had been cast as the lead, then replaced with another, a male lead being cast as well, and it’s already been completely show. But Sam Raimi, writer and director of the original, was involved in all of that. He wasn’t involved in Evil Dead 4: Consequences, an unauthorized continuation of his horror series. Thankfully, he’s done something about it.

How did anyone think they could get away with something like this? The “anyones” in question, Award Pictures, say Raimi basically gave them permission in a 2000 published book, The Evil Dead Companion. “Ha,” said Rob Tapert and Raimi. “We’re never going to do a sequel.” Award Pictures took that to mean Raimi had officially abandoned the rights to his creation and jumped into making it their own.

Not so fast, says Raimi.

In May, Renaissance Pictures — formed in 1979 by Raimi, producer Robert Tapert and actor-producer Bruce Campbell for the purpose of making the first Evil Dead film — sued Award Pictures, which was in the midst of making Evil Dead 4: Consequences. The movie was alleged to be interfering with Raimi’s plan to make his own sequel for Sony Pictures and FilmDistrict. After the lawsuit was filed, Award Pictures and its president Glenn MacCrae failed to respond in court.

According to The Hollywood Reporter, MacCrae still intends on trying to win the case but because he didn’t show up, “a California federal court last week entered a default judgment that permanently enjoins Award Pictures from using the ‘Evil Dead’ trademark or using marketing materials that might confuse the public into believing that Award has rights to the title.” His excuse was he couldn’t afford the kind of lawyers it would take to win the case.

“Award said paying lawyers wouldn’t be a problem if Renaissance hadn’t interfered wtih Evil Dead 4,” writes THR. “Until then, MacCrae’s company purportedly had a multimillion-dollar financing deal with Anchor Bay, which was ‘destroyed’ by ‘fraudulent claims of ownership of the rights to The Evil Dead.'” Yup, great logic there, buddy.

But for now, this ruling helps Raimi squash Evil Dead 4 for a bit longer.