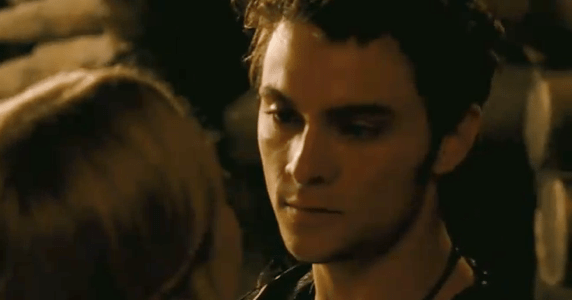 So, last we heard about the Evil Dead remake, Lily Collins, who was set to play the female lead — the “lead” lead — had dropped out due to scheduling issues. That part has yet to be re-cast. But now we know who will be playing that female character’s brother: Shiloh Fernandez. Don’t worry, we don’t know who he is either. Let’s find out together! There is a plot synopsis inside, so if you are avoiding even the most general of spoilers, be forewarned.

When I first read the headline about Fernandez getting the lead role in the new Evil Dead, my first thought was “Did they rewrite this thing to accommodate a male lead instead of a female? God, I hope not!” And fortunately, this was merely just incredibly hasty thinking on my part, and not at all the case. If you’ll recall the synopsis — as provided by Geek Tyrant — you will see that there are two leading roles in this story:

Mia and David, estranged siblings who have recently lost their mother (Mia’s taking it the hardest being that she’s the one who spent most days at the hospital watching her mother deteriorate) have reunited, along with some old friends and his David’s fiancee, for an intervention at THAT old cabin. It’s here that the nearly rehabilitated Mia will also toss the last of her drugs down the well and finally go cold turkey.

So, we’re assuming that Fernandez will be playing David.

But who is this Fernandez fellow? After a short career as an American Apparel model (and then a stock job which he described as “the worst job ever,” something that should not surprise anyone), he started getting bit parts in shows like Cold Case, Drake & Josh, and Jericho. However, it was the part that he didn’t land that kept him in the struggling bit actor role for a while — Edward in the Twilight movies. Oh, well. He went on to take roles in other shows like Gossip Girl and The United States of Tara, the latter of which was created by Diabo Cody, who is has co-written the Evil Dead screenplay. The more exposure he got, the more people started calling him a “star to watch,” and the director of that first Twilight movie, Catherine Harwicke, liked him enough to cast him as the love interest in Red Riding Hood opposite Amanda Seyfried (who also has a Cody connection after starring in Jennifer’s Body. So this looks like one, big, happy Diablo Cody reunion! And I still really like Diablo Cody, so I am in no way feeling negative about this.

Now, we wait to see who fills out the rest of our doomed crew, including our crazed Mia character.