The researchers were then charged with a salt and battery. 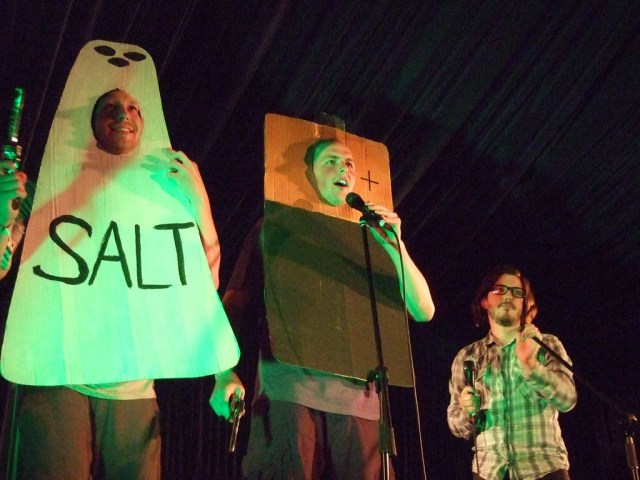 Rechargeable lithium batteries basically make the world we live in possible. They power our phones, computers, and basically everything else—but they’re not perfect. As they go through recharge cycles, they never come back quite as strong and wear out over time. Researchers at Cornell University think they’ve found a solution: Salt.

The reason lithium batteries wear out over time is that as they are recharged they build up materials known as dendrites that can cause them to short circuit or overheat. Reducing dendrite buildup in batteries would go a long way to making them last much longer, so the team at Cornell took a new approach.

Their new study shows that by adding halide salts to liquid electrolytes in a nanoporous host material, they can produce batteries that can be depleted and recharged hundreds of times without the symptoms caused by dendrite buildup in non-salty batteries. Better batteries mean better technology, or at least it means batteries we have to replace less often.

Besides the added lifespan, these dendrite-fighting salty batteries would also prevent batteries from overheating and damaging the electronics they’re meant to power, or worse, the people using them.

(via Cornell University, image via Isabelle)