Great. Now the machines will be coming for our candy. Is nothing sacred? 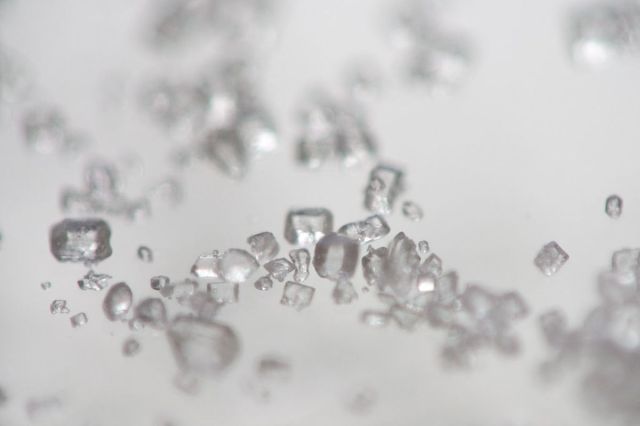 Researchers have found a way to make an efficient, biodegradable energy source out of sugar, and it doesn’t even involve loading a bunch of children up on candy and then making them run in giant hamster wheels. (Either because it’s inhumane or sugar doesn’t make kids hyper. Take your pick.) No, it’s a sugar powered battery.

This isn’t the first time a battery has been created that runs on sugar, but according to Percival Zhang of Virginia Tech, his team’s new battery stores a much higher amount of energy than previous attempts, and it could be ready to power electronics devices in as little as three years. His research, published today in the journal Nature Communications, claims that the new battery has a higher energy storage density than commonly used lithium-ion batteries.

“Sugar is a perfect energy storage compound in nature,” Zhang said. “So it’s only logical that we try to harness this natural power in an environmentally friendly way to produce a battery.”

Of course, you can’t just pour a bunch of sugar under the hood of your computer and expect it to run. Zhang’s team had to create a special sugar solution and some synthetic enzymes to extract electricity from it in pretty much the same way any other battery’s fuel cell works. So your dreams of popping a few Smarties into your watch and Tootsie Rolls into your TV remote are still a bit inaccurate. Those are things you wanted, right?

The sugar batteries also have the benefit of being non-toxic and biodegradable, which would make them even more preferable to current batteries. We may be on our way to a future in which licking a battery isn’t just a silly way to see if it still has a charge, but is also delicious.

Actually, not only are Zhang’s sugar batteries biodegradable, but they can simply be refilled with more sugar solution instead of being thrown away. If we replace the batteries in electric cars with sugar batteries, pouring sugar into your gas tank could become something you do on purpose. You know, until the robot uprising demands we turn over all of our sugar and the world becomes devoid of candy forever.

(via Phys.org, image via Thomas Hellberg)