First Salmonella, then the Zombie virus. 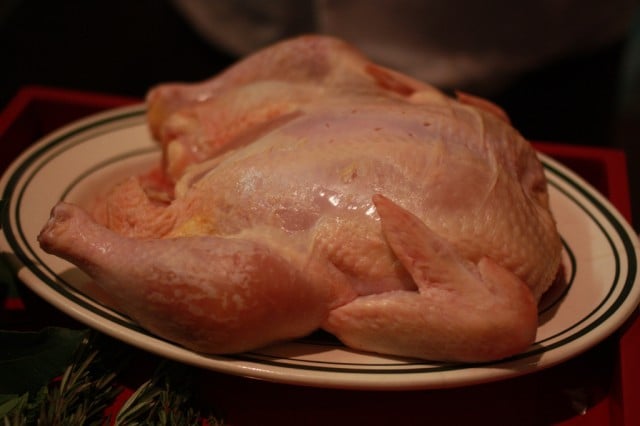 Good news for people who hate knowing how a foodborne illness travels across state borders! Last night the Food Safety and Inspection Service of the US Department of Agriculture announced a reported 278 cases of illness in 18 states caused by Salmonella Heidelberg in chicken, and there’s nothing the CDC can do about it because it’s closed.

While it’s good that we at least know that the outbreak is even happening at all, the FSIS stated in an emailed alert that they are “unable to link the illnesses to a specific product and a specific production period,” meaning that they can’t tell you which products you should be avoiding. They suspect that it might be coming from Foster Farms (which has had problems with Salmonella outbreaks in the recent past), but without the CDC to do all the scientific legwork in determining the seriousness and origin of the outbreak, it’s hard to say.

The FSIS isn’t completely toothless without the CDC, though. They’ve determined that the majority of the illnesses reported have come from California, and they suspect the following:

Raw products from the facilities in question bear one of the establishment numbers inside a USDA mark of inspection or elsewhere on the package:

The products were mainly distributed to retail outlets in California, Oregon and Washington State.

So here’s what you can do to stay safe: be sure to check all of your raw meat and poultry products for the above USDA marks (especially chicken) — if you see one, it might be safer to just toss it. If you don’t, you still need to make sure that whatever you’re cooking reaches an internal temperature of at least 165 degrees farenheit, which is easiest to do with a food thermometer. Finally, wash your hands when ealing with raw food products, and don’t ever let anything that’s touched a raw product also touch the cook product (like plates and countertops, that kind of thing).

According to the FSIS, “the most common symptoms of salmonellosis are diarrhea, abdominal cramps, and fever within eight to 72 hours. Additional symptoms may be chills, headache, nausea and vomiting that can last up to seven days.” So if you’re feeling anything like that, call the USDA meat and poultry hotline at 1-888-MPHotline (1-888-674-6854).

FSIS will continue to track as many of the illness reports as they can. In the meantime, all we can stay vigilant with our own cooking and hope that the government shutdown is resolved soon so that everybody at the CDC can go back to doing their jobs.