What would we ever do without those punk-ass book jockeys? 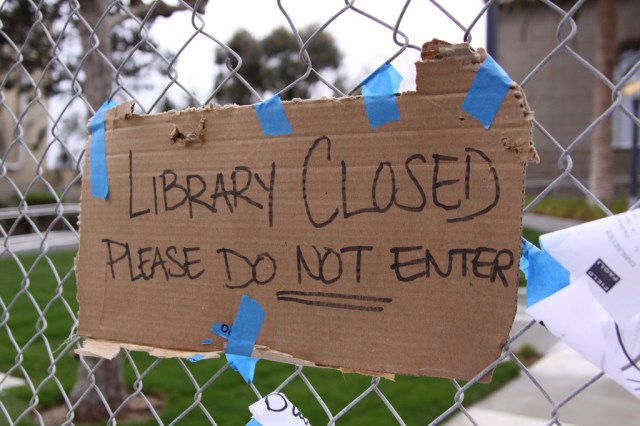 One of the biggest problems of the government shutdown — you know, in addition to millions not getting benefits on time and child cancer patients being refused treatment — is that academics aren’t able to access the information found in federally funded D.C. libraries. You know who’s got a solution for that? Oxford University Press, that’s who.

For the next two weeks, the publishing house is opening up access to three of their most popular online databases; Oxford Reference, American National Biography Online, and Social Explorer. Oxford Reference is basically a giant compendium of dictionaries on core academic subjects, languages, and quotations; American National Biography Online has articles following the lives and accomplishments of more than 18,700 men and women in America; and Social Explorer shows you historical census records and demographic information for the United States.

In order to access these resources, you’ll still need a username and password, but OUP’s got you covered there — they’ve made a bunch of government shutdown-related burner accounts for you to use. The log-in information is available on their official Tumblr, where they first broke the news of this open access content.

This is certainly great news for D.C.-based scholars and students who need to actually get work done while our federal government is doing the exact opposite of that. It’s even better, of course, for Internet users all over the country who really like census records and reading reference books for fun. Get in there now before your two weeks are up, history nerds!