Mark Your Calendars, Nerds, ‘Cause Sailor Moon Comes Back This July 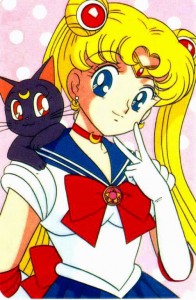 …Assuming, that is, that it’s not delayed again. The new Sailor Moon series was originally going to premiere last summer, and then this winter, but now the word is that July will see the long-awaited Sailor Renaissance. The show will air simultaneously worldwide on streaming platform Niconico, where it’ll be subtitled in ten languages. And, just as a reminder, we’re looking at a reboot, not a remake or  a sequel. (Such distinctions are important in this day and age.) Explains producer Atsutoshi Umezawa: “This second anime adaptation of Bishojo Senshi Sailor Moon is not remaking that previous anime, but adapting [Naoko Takeuchi‘s] original manga and starting from scratch again. It is quite a project. The entire staff has been working hard to show everyone an entirely new, so please look forward to it.” Oh, we will.