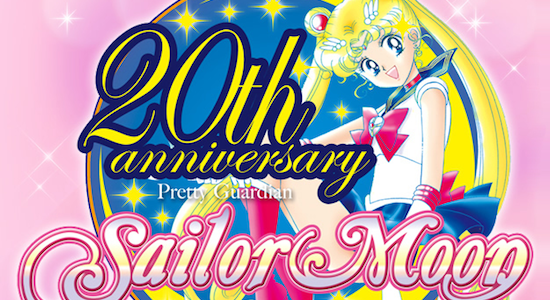 First the bad news. The new Sailor Moon anime that was announced last year will be ready to air this winter, not this summer, as planned. The good news is that the new anime will not air only in Japan. It was announced at the Sailor Moon 20th Anniversary Event #2 that the new show, which was announced at last year’s Anniversary Event, will be available to stream worldwide when it airs, allowing fans in many countries to enjoy more crime fighting and magic from the Sailor Senshi.

The new series is set to air sometime between December of this year and January of 2014, but there are very few details other than air dates. It is know that the Niconico streaming service will host the series.  According to Kodansha editor Fumio Osano, the new Sailor Moon anime will not be a remake of the original, 20-year-old series. Instead the series will explore new plots, which may lead some fans to wonder it their favorite moments and relationships will return to the series. We personally want to see more of Haruka and Michiru.

Right now, it is even unclear how the voice cast is coming together. Last year, when the new anime was announced, voice actors from the original series, including Kotono Mitsuishi, voice of Sailor Moon or Usagi Tsukino, as well as Toru Furuya, voice of Tuxedo Mask or Mamoru Chiba, were in attendance at the Anniversary Event. Given their involvement in recent Sailor Moon events, many have hoped the actors would return to the series to voice their characters once again, but at this point, there are no guarantees.  Fortunately, fans worldwide won’t have to wait very long to judge the new series for themselves.

It was also revealed at the Anniversary Event this year that the show would receive an opening and closing theme from, appropriately, a girl idol group called Momoiro Clover Z. For now, we have a relatively short wait for the show, and a much shorter wait than if streaming were not an option. If nothing else, it’s nice that we won’t have to try and find poor quality subs on shady sites to enjoy our favorite magical girl group.