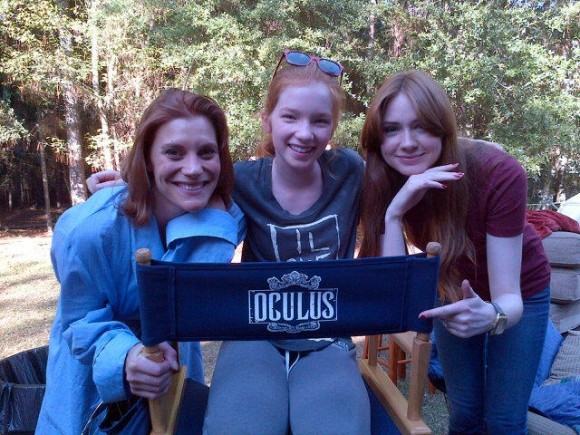 Ok, that’s not a young Amelia Pond replacement, it’s actress Annalise Basso who was cast to play Doctor Who star Karen Gillan’s younger self in her new film Oculus. And yes, that’s Battlestar Galactica’s Katee Sackhoff with her new red locks to play their mom. She tweeted this photo from set the other day but check out another after the jump with her and what she’s guessing is the reason she got the role… 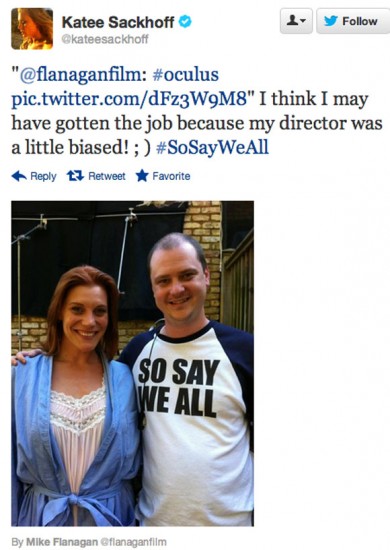 (via Dan Faust on Tumblr)