Russian Rocket Explosion Could Cause Problems for ISS | The Mary Sue

Russian Rocket Explosion Leaves Hundreds of Fragments in Low Earth Orbit, Could Cause Problems for ISS 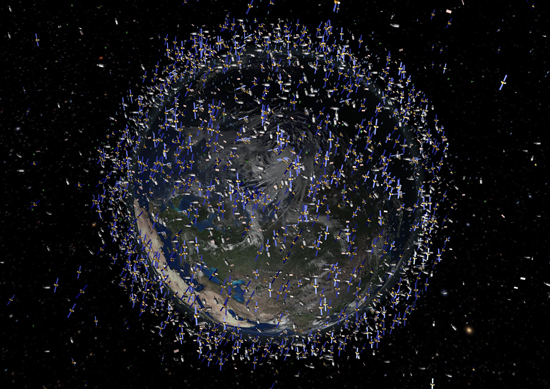 Back in August, a Russian Briz-M upper rocket stage failed to function correctly, leaving it stranded prior to its intended target, and launching its payload far short of the intended goal. This alone was seen as a facepalm moment for the Russian space program, but things got worse in mid-October. Because the rocket failed to complete its burn, the stranded stage still had fuel sitting around within it, and it exploded spectacularly. Now they’re saying that the event left around 500 fragments in low Earth orbit, meaning it could potentially make the International Space Station’s usual orbit a pain to navigate.

Space debris isn’t uncommon, but even something small can wreak havoc because of how fast satellites and the like orbit the Earth. Universe Today explains why this could be an issue for the International Space Station:

According to NASA the debris currently poses no immediate threat to the Space Station although the cloud is “believed not to be insignificant.” Still, according to a post on Zarya.com the Station’s course will periodically take it within the Breeze M debris cloud, and “will sometimes spend several days at a time with a large part of its orbit within the cloud.”

As we keep launching things into space, the debris field is only liable to grow larger. Not a comforting thought when considering the vast amount of unexplored territory out there.

(RT via Universe Today, AFP, image via Hopeful in NJ)