SpaceX Insists Engine Anomaly Was Not Explosion | The Mary Sue 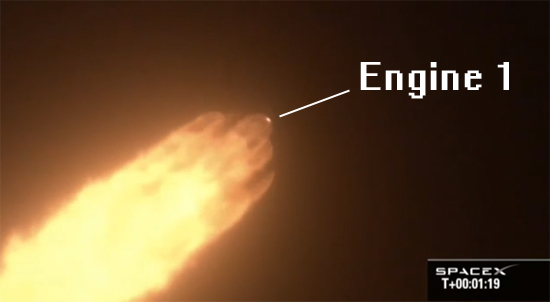 As we reported yesterday, SpaceX had a somewhat rocky launch of their Falcon 9 rocket on Sunday. During the ascent, one of the nine Merlin engines experienced an “anomaly” that resulted in the loss of pressure in Engine 1, which then caused the issuing of an engine shutdown command. This command then caused the rocket to jettison panels that would have usually relieved pressure from the engine bay in order to protect the rest of the engines. So, really, it all went like it was supposed to go, according to SpaceX, except for that part where the engine lost pressure. Yes.

It’s important to note that this is only initial data. Though SpaceX is currently assuring folks that the engine didn’t explode — they kept receiving data from it — it doesn’t actually mean that it didn’t. Continuing to receive data is only one indicator that it didn’t explode, not proof that it didn’t. The video below includes some rather impressive fireworks that certainly seem to indicate an explosion.

Until something more than a cursory investigation is completed, we’ll just have to take SpaceX’s word for it. That said, it’s not like the company that owns the rocket would be biased against immediately reporting that something went wrong with their launch or anything. To even suggest otherwise would just be silly, right? Private businesses, like television, would never mislead us.

Either way, something definitely went wrong, but we’re glad that SpaceX is totally sure it wasn’t an explosion. That will certainly help us sleep at night.