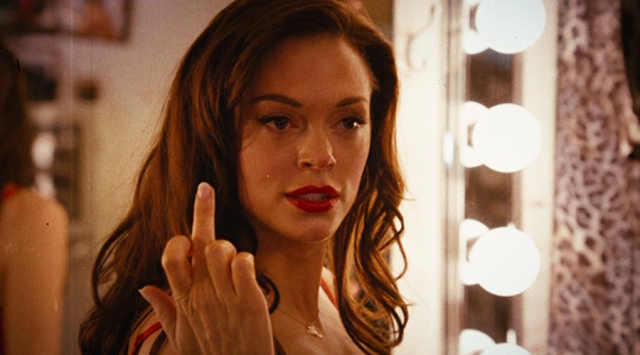 At Monday’s New York Film Critics Circle awards gala, Once Upon A Time star Rose McGowan presented and accepted the evening’s award for Best First Film on behalf of first-time director Jennifer Kent for Kent’s Australian feminist horror movie The Babadook. Although McGowan told the crowd that she didn’t want to “rehash” the “depressing” statistics about women in film, she did ask that the voices of directors like Kent be given the consideration they deserve:

Let’s give the six percent a shot. Cause that represents 50 percent of the audience, of which I am a member. I am not being served and I am not being heard. I ask you to take up the hand of the female director until we no longer say ‘female director.’ It is a unisex term. I am a director. Jennifer Kent is a director. Let’s do smart, let’s bring it. She did. I think she’s thrown down the gauntlet. When they say, ‘Oh, the box office is down,’ it’s perhaps because we don’t need more fucking superhero movies! It’s time. It’s getting a little old and Jennifer is a wonderful, dedicated director and I can’t wait to see what she does next.

As Mary Sue readers already know, the need for diverse directorial voices is perhaps most obvious in mainstream, male-dominated blockbusters like “fucking superhero movies.” Maybe Kent or McGowan could direct one of those next?