For those of you looking for a chiller of a movie this Thanksgiving, the best horror film in theaters now (and this year) has nothing to do with scary dolls or board games. The Babadook is a terrifying monster movie which comes from a children’s storybook with pop-up pages. And this monstrous haunting will absolutely haunt your dreams; not the monster itself, but the very things this monstrous presence can force his vessel to do, despite their resistance.

You can also check out our interview with writer/director Jennifer Kent right here. 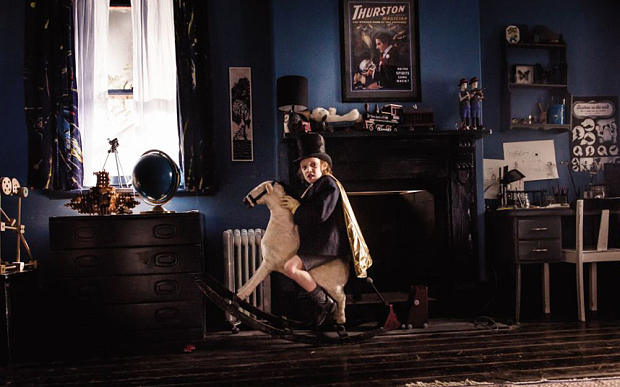 The possessed in this film is a mother, Amelia, played brilliantly by Essie Davis. Amelia is still suffering and in grief after the death of her husband, which occurred the day her son was born. She is constantly exhausted by her son, Samuel, who is about to turn seven, and seems to have extreme tendencies for mischief which makes him a “problem child” in school. In fact, when we meet this tiny family, we see Samuel being expelled for bringing a weapon to school. Newcomer Noah Wiseman gives one of the best performances as a child actor you’ll ever see as Samuel; he’s like a wonderful jumble of the children from Bob’s Burgers, rolled into the body of one tiny, weird seven-year-old.

Samuel has an overactive imagination; playing dangerous games, making up stories, and with ambitions to be a magician. One night, Samuel pulls a book for his mother to read called The Babadook, a pop-up book she doesn’t recognize as being part of his collection. Almost instantly, the children’s story and art work proves to be inappropriate for children, terrifying Samuel and unsettling Amelia, who has trouble sleeping as it is. Amelia is already on the edge because of her constant state of exhaustion and resentment towards Samuel. All this allows for the perfect opportunity for The Babadook to possess Amelia, and soon she believes that she is being compelled by the entity to hurt her own child. 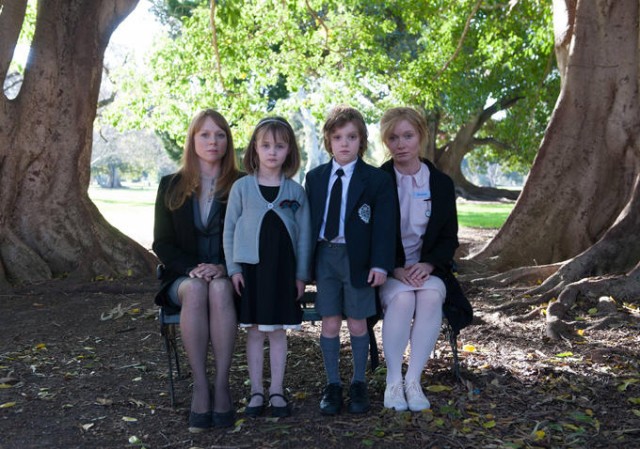 It is remarkable that a movie, after over a hundred years of cinema horror, could possibly seem as fresh as this one. While it uses some traditional horror elements, recalling some classic haunted house films and monster movies in production design, director Jennifer Kent makes the entire house feel as if it is on the grey scale. This is the same of the book, and increasingly, Amelia seems to get greyer, as if becoming one with the book and house. This also allows an adorable white dog and Samuel to pop out as the only two things which aren’t welcome in the house. It’s an inspired way of conveying the old-fashioned black-and-white haunted house films.

And yet there are visually inspired elements you’ve never seen before, including the manifestations of the monster himself, and brilliant sound design. The way the film blends classic styles with the new is seamless, making the film seem like it is already a familiar classic you are finally getting around to watching for the first time, rather than a brand-new film. And there are moments in this movie when I was practically jumping out of my seat – first and foremost being an image of a possessed Amelia simply looking out the window, which I may never get out of my head.

What is so remarkable about writer/director Jennifer Kent’s film is the fact that she has made a film about the most unsettling of ideas: a woman compelled to hurt her own child, but does so with a surprising amount of humor, while still having respect for the disturbing concepts. Kent goes deep, examining the emotional despair of Amelia and focusing on the psychology of such crimes, manifesting them into a stunning horror film. We’ve had many horror films about fathers compelled to kill their families, from The Shining, to The Amityville Horror, to last year’s Insidious 2. The idea of a mother compelled in the very same way strikes one as even more sinister, a fact Kent uses brilliantly in the film to add layers of depth to the characters and genuine terror for the audience. I can’t think of a movie since Rosemary’s Baby which acknowledges the unspoken fears of motherhood with such humor, horror, and compassion.