Rosario Dawson Might Be Leaving Marvel, Deserves Her Own Damn Show Instead

Give us the Night Nurse series already. 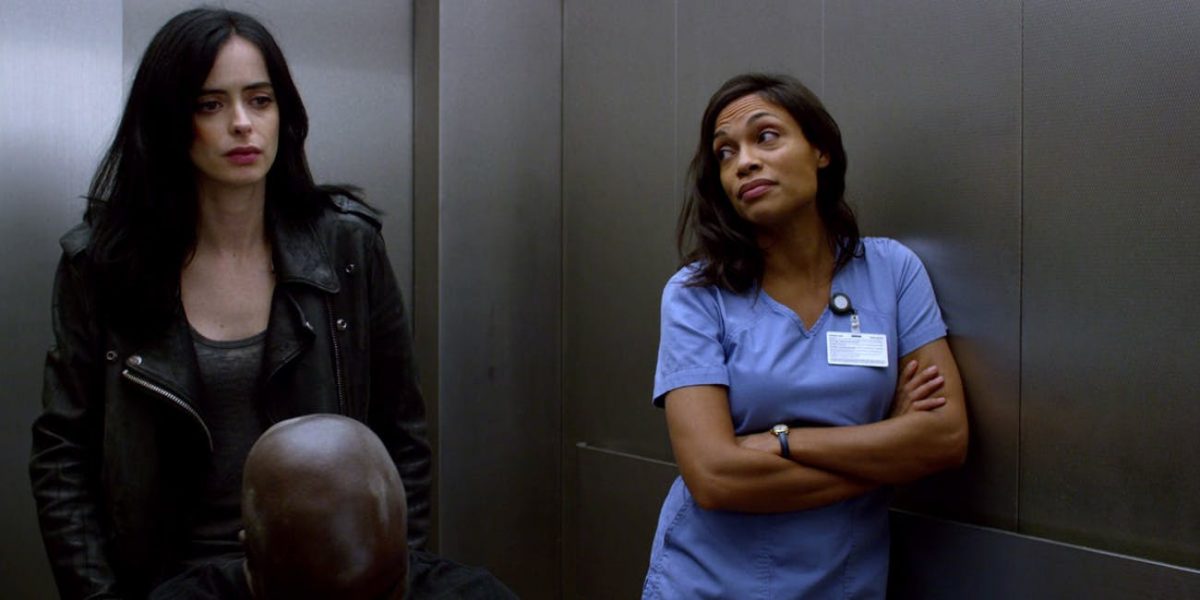 We last saw Rosario Dawson’s Claire Temple in season two, episode three of Luke Cage, where she breaks up with Harlem’s bulletproof hero and leaves town to recuperate from her heartbreak. Now, after five seasons of patching up superheroes, Dawson may be done with Marvel.

During a talk at the Tribeca TV Festival, Dawson said of her final scene in Luke Cage, “I don’t know if I’ll be back after this, to be honest, but it’s been an amazing few years. I’ve been on a lot of different shows. I mean, I don’t know if maybe they do a third season of Luke Cage potentially, or maybe if they figure out some kind of way for me to be on The Punisher—just so I can feel like I’ve done every show.”

Dawson’s Claire Temple has served as a connective thread throughout Marvel’s Netflix series, appearing in every show except Punisher, much to her dismay. “The Punisher was always the one I really loved—I couldn’t believe I wasn’t on that one,” Dawson said. Temple’s presence in each of the series is always a welcome addition, where her tough love and quick thinking make her a hero even to the powered folks.

So why not center a show around her and give Dawson a series of her own? She has the talent and charisma to lead a series, and she’s no stranger to playing comic book characters, as we’ve seen in her portrayal of Gail in the Sin City films, not to mention her voiceover work as Wonder Woman and Batgirl. A Night Nurse solo series would be an interesting change for Marvel, expanding their franchise into the always popular medical drama genre. Maybe Claire travels the world healing wounded heroes, or opens up her own clinic for powered people.

It could be like a superpowered E.R., where Temple has to not only take care of patients, but go up against the larger forces of the medical industry. I mean, who doesn’t want to see Rosario Dawson take on an evil health insurance empire or a shady pharmaceutical company? Trust me, after spending 20 minutes on hold with Blue Shield, you’d want to drop kick someone in the face, too.

Claire Temple may not have powers, but that doesn’t mean she can’t kick ass in her own series, and it would be nice to see her in a storyline that doesn’t reduce her to a love interest. Come on Marvel, give us the female-led, Latinx superheroine show we’ve been waiting for.