Audible hosted a party on the moon—or pretty damned close to it—and we got to see Rosario Dawson read from Artemis, the latest book from the author of The Martian. 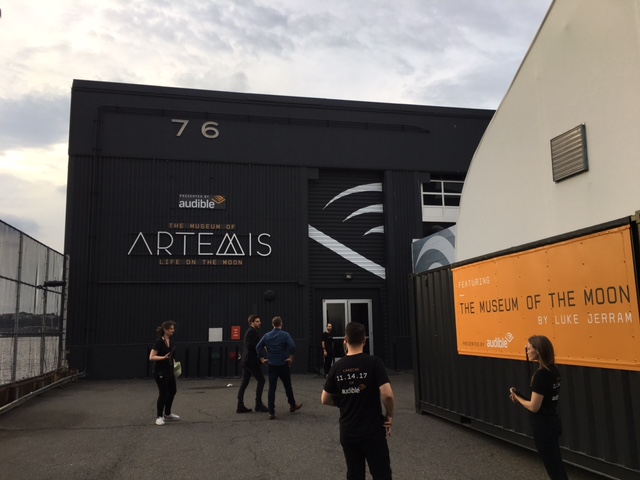 At a snazzy event space mostly shrouded in darkness, NYCC reporters were graced with the brief presence of Neil deGrasse Tyson and LeVar Burton, before we came to the centerpiece of the space-themed afternoon: a gorgeous, enormous moon sculpture made by artist Luke Jerram, which Dawson helped light up after a countdown.

Then the actress—who we adore as Claire Temple on several Netflix/Marvel superhero shows—demonstrated her audiobook-reading chops with a live preview of Artemis. 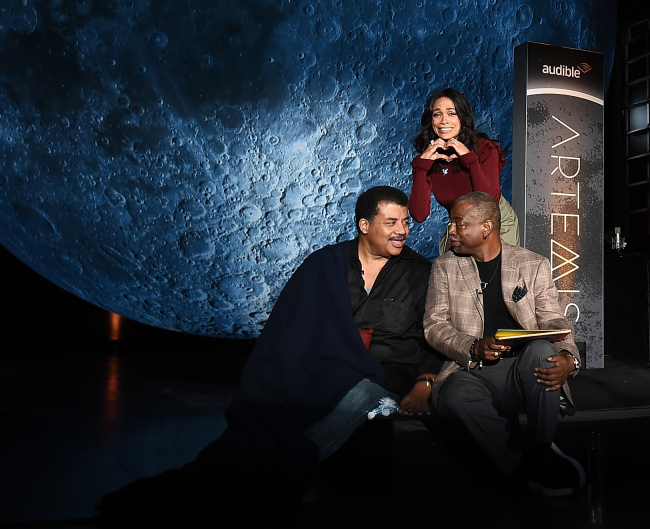 The audiobook, which is performed in its entirety by Dawson, isn’t available until November 14, but we got a sneak peek. If Dawson’s narration is even half as lively as this, the book should be a great listen. Considering that Artemis has a female protagonist, Jazz, who lives on a futuristic moon colony, the enthusiastic, witty, and dramatic Dawson seems like a great choice to voice this space adventure. Maybe they should cast her in the movie as well? Just thinking out loud here.

I’ve been at several events where Dawson was present and she’s always been delightful about fan attention and gone out of her way to be warm and welcoming to everyone. Really, considering that she must already know Artemis like the back of the hand, I can’t imagine anyone better suited to play Jazz on the big screen (are you listening, Phil Lord and Chris Miller?).

Here’s a synopsis of Artemis if you need refreshing:

Jazz (Jasmine Bashara) is just another too-smart, directionless twentysomething, chafing at the constraints of her small town and dreaming of a better life. Except the small town happens to be named Artemis—and it’s the first and only city on the moon.

Life on Artemis is tough if you’re not a rich tourist or an eccentric billionaire, and Jazz is decidedly not a member of either category. She’s got debts to pay, her job as a porter barely covers the rent, and her budding career as a smuggler isn’t exactly setting her up as a kingpin, much to her disappointment. So when the chance at a life-changing score drops in her lap, Jazz can’t say no, even though she’s sure there’s more to the setup than meets the eye. And indeed, pulling off the perfect crime is just the first of Jazz’s problems as she finds herself in the middle of a conspiracy for control of Artemis itself.

The “Museum of Artemis: Life on the Moon,” which hosts “artifacts” from Artemis along with Jerram’s 23-foot lunar installation, will have public hours in New York City on Friday October 6 & Saturday October 7, 12p,-8pm, and Sunday, October 8th, 12pm-4pm at the Classic Car Club of Manhattan (1 Pier 75 @ 408 12th Ave). The moon is spectacular to see in person. 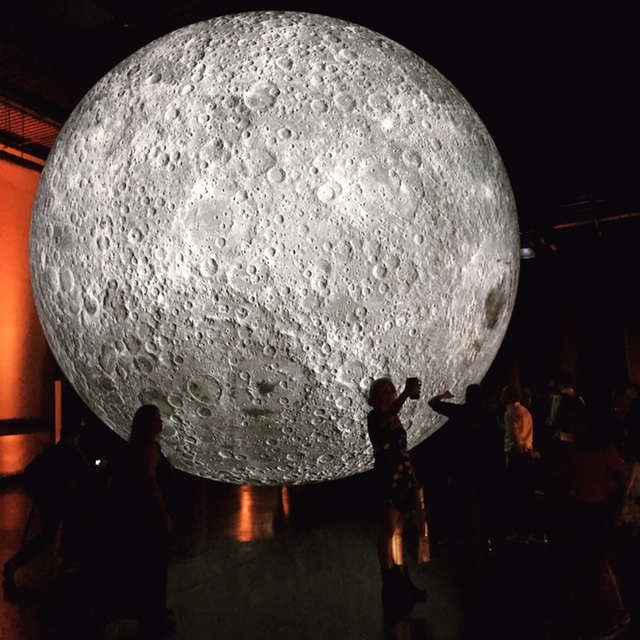 Will you be reading and/or listening to Artemis?