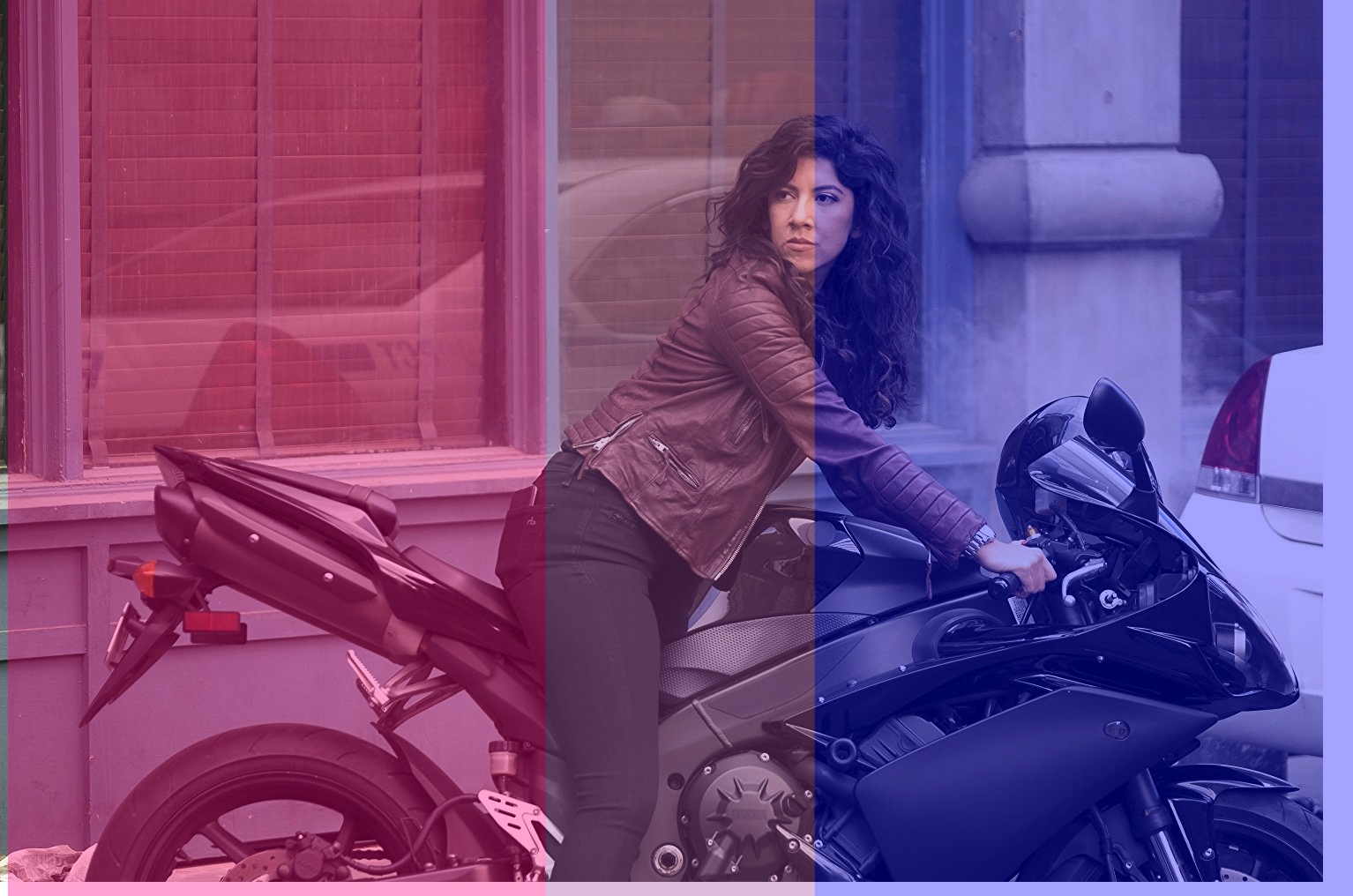 Somedays I’m really jealous of the youth for getting to have the representation that I did not get to have as a youth. I wasn’t one of the baby-gays who grew up with Buffy: The Vampire Slayer as my access point to queerness. For me, I first experience bisexuality with Maureen from RENT (a messy start) and while I eventually got bisexual characters outside of manga like Bo Dennis, Korra and Asami, and Needs, there is still a craving in my heart for more diversity and representation. Which I have recently gotten in the form of Rosa Diaz from Brooklyn Nine-Nine, aka the most progressive show on television.

In episode “99” of the show Rosa Diaz, played by actress bisexual Stephanie Beatriz, was revealed to be bisexual to the audience. On “Game Night” Rosa’s story continued with her coming out to the rest of the team (she told Boyle in “99”) and her family.

When she tells her team, she hilariously fields “one minute and zero seconds” for questions on the topic, in which Amy asks “How long have you known?” Rosa responds, “since seventh grade,” with her duel hotness alert for both Zack Morris and Lisa Turtle from Saved by the Bell. Good choices Rosa.  Holt throws in my favorite line of the episode when he says “I must say, this is going considerably better than when I came out to my colleagues. They were not, as the kids say, awake.” We all have to protect Captain Raymond Holt at all costs.

After she talks to Jake to make sure that she maintained maximum coolness in spite of this moment of feeling, which Jake insists she did. He then, of course, brings up her parents and how they took the news. Rosa hasn’t told them.

Now, when it comes to coming out stories, they are always difficult to tell. But when it comes to coming out stories with POC it gets even more complicated. Black and Latinx parents are seen as hyper-homophobic in society. Which isn’t to say that they are free of homophobia, but there tends to be an imbalance of accepting non-white parents of LGBTQ characters in comparison to accepting white parents. Just look at Supergirl, which I think really sort of pooped-the-bed when it came to dealing with Maggie’s relationship with her father. While Maggie’s actress is not Latinx (an issue all of its own), the character is. And when she is arguing with her father about her being gay, it feels so…forced. Not because that conflict doesn’t exist, but because he sees his situation as disrespect to how hard he worked to make life easier for his daughter.

Compare that to Master of None‘s episode “Thanksgiving” written by Lena Waithe, a black lesbian, who was writing about her experience coming out to her mother. The issue is more nuanced and it’s not just about sexuality, but also what kind of woman Denise would bring home. There is the feeling that she’s failed, the worry that her child’s life would be harder because Denise is a black woman. Those are the nuances of writing a coming out story for POC.

Brooklyn Nine-Nine, isn’t a drama in that sense and you never go into it feeling like Rosa will lose the love of her parents, but it definitely hits all the heavy conversation points of a coming out story. Rosa’s multiple interactions with her parents throughout the episode as she decided to come out are, as Autostraddle put it “bisexual coming out bingo.” And I mean that in the best way possible. It is, literally, the questions you are asked all the time because bisexuality is treated like this in-between space where you “experiment” but will eventually cross into either straight or gay.

When Rosa declares that she knows who she is, it is a powerful moment because it is a proclamation for not just Rosa, but all bisexual men and women who were told they did not exist. It is a rejection that being bisexual is about the partner you have at the moment rather than who you are as a person. Also awesome, in the following episode Rosa is allowed to just be Rosa. She is still the same bad-ass character we know and love, just canonically bisexual.