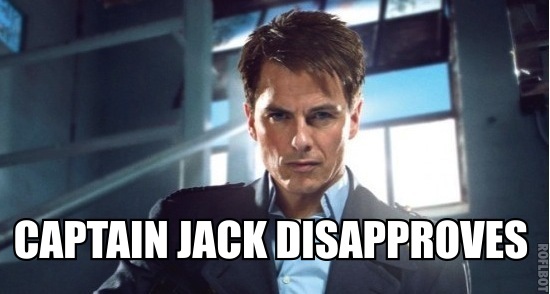 When Romance Writers Ink listed the rules for their 2012 More Than Magic contest for published romance writers, they made sure that they’d be able to accomodate everyone. Their international network of judges were romance fans, and no matter what genre you write in, no matter how steamy (or innocent) your story was, they had a judge for you. Tentacles? Got that. Medieval history? Got that. Vampires? Single moms? Secret agents? Young professionals? They’ve got a judge who they knew would be able to see the content of your story in a not-unfavorable light, and be able to judge it for its quality.

Unless your story was about two dudes or two ladies.

The clincher was in one sentence, new to their contest in 2012: “Note: MTM will no longer accept same-sex entries in any category.” When asked about why the change was made, the Oklahoma-based RWI replied that its chapter members were “uncomfortable” accepting same-sex entries.

As was immediately pointed out by many in the romance community: this meant that the contest was committed to finding people okay with any plot or sexual act except homosexuality. Says Courtney Milan, whose historical romance novels were presumably okay under the rule:

But they won’t do that if you write same sex romance–even if it’s a sweet romance with no sexual contact whatsoever. No–when it comes to same sex romance, the fact that they might be able to identify judges in their chapter or outside of it who would be willing to read same sex entries and judge them fairly somehow becomes irrelevant. In that instance, the majority gets to say that those entries don’t belong.

We’re pretty sure Milan’s intention isn’t to imply that there’s anything wrong with M/M/F, alien, tentacle, or rape fantasy (stress on the fantasy) erotica, but rather to point out that these are all niche tastes that may seem incredibly off-putting to anyone who isn’t favorably disposed to them. It may be difficult enough to find people willing to admit that they aren’t creeped out by them. Homosexuality, however, by RWI’s standards, is right off the table. All the bad press from the very people it was trying to give awards to forced RWI to cancel the contest entirely, a reaction that Jezebel nails perfectly as the childish response it is:

Cancelling the contest doesn’t really right this wrong — it just makes it seem like they’d rather not judge romance novels at all if they have to judge gay ones.

RWI also produced an apology that didn’t exactly show that it’d understood why everybody was so mad:

We recognize the decision to disallow same-sex entries is highly charged. We also opted not to accept YA entries. We do not condone discrimination against individuals of any sort.

The crucial difference between YA Fiction and romance fiction that includes gay leads is, of course, that YA is a genre (whether its a subgenre of romance fiction or the other way around). The presence of gay leads is simply one a piece of content that can appear in a romance story of any genre, and to pretend that it is its own genre is to pretend that gay romance is somehow fundamentally different from straight romance or that it must be set apart from straight romance, a perception that people gay and straight have been fighting for years.