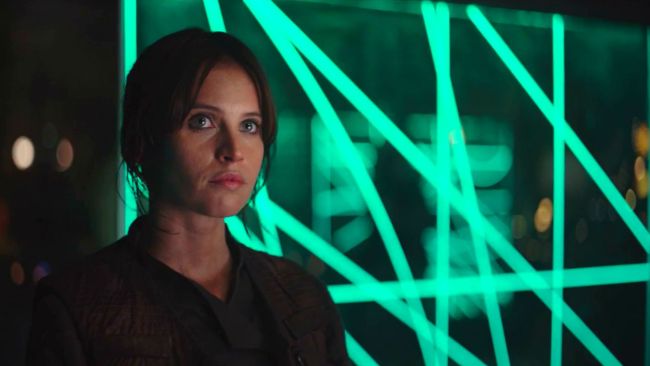 Warning: Spoilers for The Last Jedi (Also, what are you waiting for? Go see it!)

There were a lot of unexpected twists, turns, and exciting developments in Star Wars: Episode VIII – The Last Jedi. I’m still thinking about how much happened in those few hours, and with a recent observation that connects a throwaway line in Rogue One: A Star Wars Story to The Last Jedi, I’m definitely sure I have to give TLJ another watch (or, like, 5).

So, as we all know, a big obstacle in the film is the fact that the First Order is able to track the Resistance through lightspeed. This makes it impossible for them to escape into hyperspace, and as a result Finn, Poe, and Rose hatch a risky plan while Admiral Holdo forms an evacuation plan. Tense stuff!

However, this isn’t the first reference to the technology we’ve seen in the films. On Twitter, a user who goes by the handle @kyleauxren pointed out that in the spin-off Rogue One Jyn Erso comes across a file named “Hyperspace traking” when looking for the plans to the Death Star.

Lucasfilm’s Pablo Hidalgo, who works in story development, verified the connection on Twitter.

What do you think about the Easter Egg?

Rogue One: A Star Wars StoryStar Wars: The Last Jedi