Are You There God? It’s Me, Rogue. 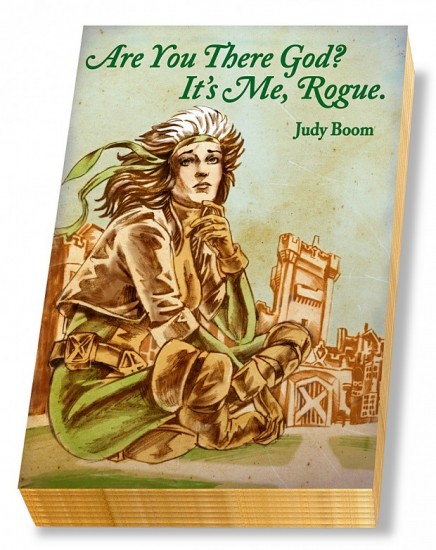 While we wait to read those She-Hulk and Rogue novels from Marvel and Hyperion, we’ll imagine what this pretend book might involve. The image is from the latest installment of CBR’s The Line It Is Drawn is “Rejected Children’s Books Starring Comic Book Characters,” and was put together by Robert Rath. Want to take a stab at some dialogue in the comments?