MIT Scientists Create False Memories in Mice, Creep Out All Other Species

Don't worry, it'll be a while before people can implant a false memory in your brain. 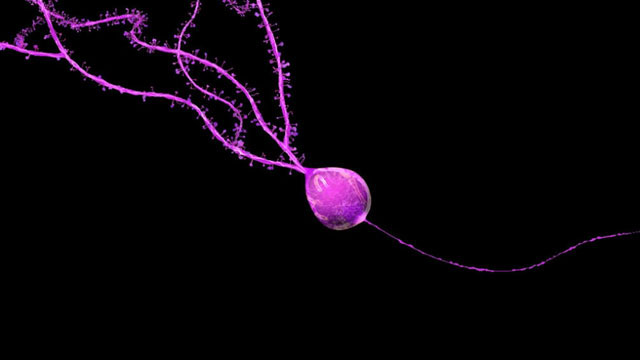 There’s something deeply unnerving about the idea that our memories could be falsified or erased. Our fear of the idea has made it a popular theme in science fiction. But new techniques that let researchers at MIT successfully insert created memories in lab mice could finally bring science fiction’s most nightmarish horror show into your real life.

Susumu Tonegawa and his colleagues at the RIKEN-MIT Center for Neural Circuit Genetics at the Massachusetts Institute of Technology  reported on the technique in a paper titled “Creating a False Memory in the Hippocampus” in this week’s issue of the journal Science. Tonegawa, who won the Nobel Prize in Physiology or Medicine in 1987 for his work in immunology and antibody diversity, led a team that performed an interesting experiment with bone-chilling implications on mice.

First, team members put a mouse in ‘Chamber A’, where it learned that this was a safe area with no danger. Then, they put the mouse in another location, ‘Chamber B’, and stimulated a memory-forming protein in its brain, causing it to recall its memory of Chamber A. While this memory was active in its brain, the mouse was given an electric shock. When the mouse was placed back in Chamber A, it reacted to the environment by freezing and panicking in the way that mice have been shown to do when they recognize a place where they have been shocked. Test subjects  did not have this reaction when put in other chambers, and the MIT researchers were able to repeat the experiment dozens of times with multiple mice, each time causing the rodents to remember the experience of being shocked in Chamber A — an experience which had never happened.

The key to the experiment’s success was a protein called channelrhodopsin-2, which stimulates cellular activity when exposed to light. They inserted the gene that produces this protein into the mouse’s hippocampus, the part of the brain where new memories form. Once the cells in the hippocampus produced the protein, the scientists could target and stimulate specific memories by shining a light on the protein-bearing hippocampus cells. In order to shine a light on the inside of a brain, researchers had to surgically insert a fiber optic cable, making this particular method of memory control too invasive for use on humans and leaving us to once again thank the stars that we were not born lab mice.

Rather than talking about the possibilities of inserting new memories into the brain, Tonegawa says the most important takeaway from the experiment is how it demonstrates how we too can have unreliable memories, especially when it comes to building false associations between things tied to a specific experience. “Our study showed that the false memories and the genuine memories are based on very similar, almost identical, brain mechanisms,” Tonegawa said in an interview on Science‘s podcast.