ICYMI: Robert Downey Jr. Will Be In Captain America 3, and So Will Civil War

Quick, everyone pick a side! 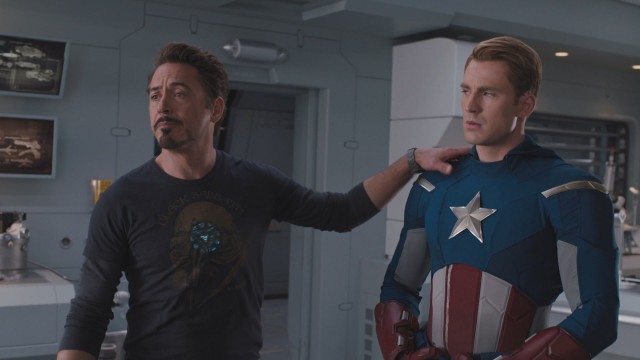 Oh! Well, that explains why they’re relaunching the original 2006 Civil War title. Well, why not just start with this news if you wanted to get us all excited, guys?

An exclusive report by Variety revealed late last night that not only will Robert Downey Jr. be putting on the suit once again post-Avengers: Age of Ultron (and the recently announced Iron Man 4), he’ll be doing it in a Captain America movie. Plus, he will probably punch Chris Evans’ Steve Rogers in the face, like, at least once. That’s because it’s also been announced that Marvel’s third installment of the Captain America franchise will loosely follow Mark Millar’s Civil War storyline, which saw the two heroes clashing over a post 9/11, Patriot Act-reminiscent Superhero Registration Act that regulated the actions of superpowered individuals.

So far there aren’t exactly that many superheroes in the Marvel Cinematic Universe when you compare it to its comics counterpart, but we’ve seen smatterings of our heroes struggling with “The Man,” so to speak—Stark’s desire to keep his Iron Man tech out of the hands of the U.S. military, for example, or Black Widow attending congressional hearings about her less-than-perfect record in The Winter Soldier. As Variety points out, the fallout from Stark’s actions over the course of the movie could also set up a very compelling narrative for eventual Avengers sequels and third phase movies.

Given that almost every Marvel fan on Tumblr has their own very meticulously planned-out headcanon for how a possible MCU Civil War might go, it’s definitely something that will attract a considerable audience. And that’s something they’re counting on by adding Robert Downey Jr. to the mix—the actor has a reputation for driving a hard bargain with Marvel, which tends to be kind of on the cheap side.

What do you think, readers? Are you happy about this? Kind of annoyed that we’re still not hearing anything about where Black Widow fits into all this? Mostly just excited about all the fanfics you’ll be able to write about Steve’s various superhero boyfriends fighting over him?