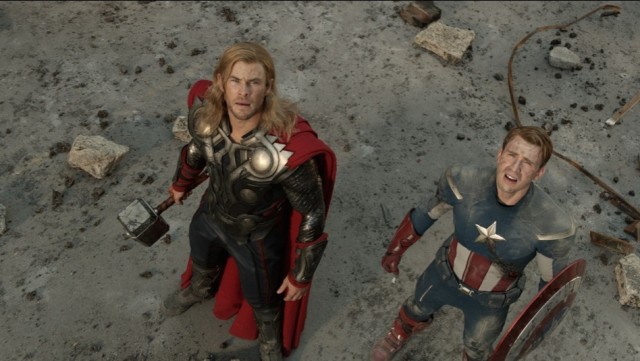 If the rumor mill were an arcade machine, today somebody just straight up ninja kicked it until it broke open and started spewing tokens everywhere. And among the payout are rumors involving the Avengers getting less of the Avengers but maybe some additional Spider-Man and making everyone’s dreams come true.

That is, unless Sony has robbed you of all desire to see Spider-Man on a movie screen ever again, which I wouldn’t blame you for after Spider-Man 3 or The Amazing Spider-Man 2.

If you’re still holding out some hope, come and talk to me again after that whole Sinister Six thing happens.

But maybe, just maybe, Sony has decided that direction isn’t such a great idea anymore and that Spider-Man should team up with the existing superhero franchise he already belongs in that is killing it right now. Yes, there is really a rumor that a Spider-Man/Avengers crossover is in the works. Hitfix’s Drew McWeeny had this to say:

While I can’t get the confirmations I need to verify the story, I’m hearing that there are some very cool “Spider-Man” plans being discussed that would help Sony refocus their enormously important franchise while also opening up some connections in the onscreen Marvel movie universe that would blow fandom’s minds. Will it work out? I don’t know. I would love to be able to state for sure that it’s happening. What seems clear from what I’ve heard is that Marvel wants to be able to play with all of their characters, and if they can make that work creatively and on a corporate level, they will, and that means the world gets bigger again.

Which could play into some of the other Avengers rumors flying around—specifically that Thor and Captain America are going to go on a sabbatical from the team-up movies to focus on their solo careers, and some other Marvel characters will get their turn in the Avengers when Avengers 3 comes around. Robert Downey Jr. is already onboard for the movie, which may center around Tony Stark’s effort to assemble a new group of Avengers while Cap and Thor are off dealing with the aftermath of both of their third solo movies. Black Widow, hopefully, won’t get unceremoniously written out.

That comes along with the rumor that Avengers 3 will be split into two parts, which sounds like it just means Avengers 3 will be two Avengers movies in rapid succession. Badass Digest speculates that the extra time and allowing some of the franchise’s long-time stars a little bit of breathing room between movies could lead to some kind of ultimate crossover with Guardians of the Galaxy and all of Marvel’s properties in the second part. I’m perfectly ready to throw some extra Spider-Man fuel on that rampant speculation fire.

Meanwhile, 20th Century Fox is continuing to leverage the corner of the Marvel universe they own with some upcoming X-Men projects, as the Deadpool movie has been confirmed to be part of the X-Men cinematic universe—as if there was any doubt. There’s also talk of a live-action X-Men TV show in the works, but there are no details to be had on that front beside the fact that superhero TV shows are huge right now and they’d be fools not to. I mean, my favorite screen version of the X-Men is probably still the 90s cartoon, so how could an X-Men TV show go wrong?

Well, you’ve sure got a lot to process after all that. Why not unwind a bit with a bonus rumor that Jeff Goldblum told TIME Independence Day 2 will not go quietly into the night and may already have a script.