Everyone hates you, Joffrey. Everyone. Even Hodor. 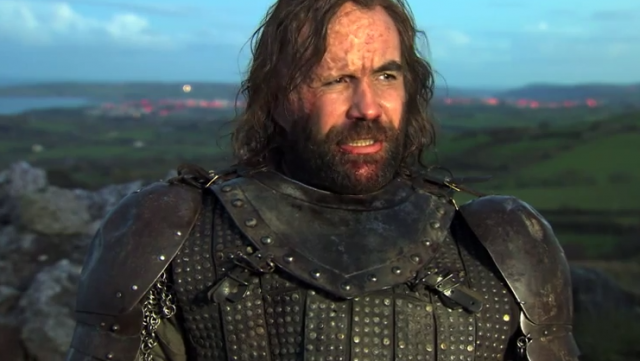 Yesterday in our coverage of the exciting #RoastJoffrey hashtag that the official Game of Thrones Twitter account started, we showed you a video of actor Esmé Bianco (Ros) lambasting the mad boy king for all the world to see. Now she’s not the only cast member getting in on the action.

It’s clear that HBO has been planning this social media event for a while, now, as they’ve recently released footage from several cast members’ behind-the-scenes footage, and filming for season four ended about three weeks ago. It’s fun to see them hitting the ground running with this campaign — and without giving anything away, book fans probably appreciate the added irony of starting promotion of season 4 by being especially hard on Joffrey.

First we have Maisie Williams, who plays Arya Stark, letting us know that Joffrey is apparently a real weenie when it comes to sitting in the Iron Throne for long periods of time.

Next up is Hodor (Kristian Nairn), who is as eloquent as ever.

Finally, we saved the best for last with Rory McCann, who plays Sandor Clegane. Wow, who knew the Hound was secretly Scottish? How come he didn’t get to keep that accent for the show, man? Come to think of it, there aren’t a whole lot of Scottish people in Game of Thrones pretty much at all… weird.

The Game of Thrones Twitter account is still hard at work reblogging and responding to the best #RoastJoffrey tweets, so be sure to get a joke out there before tonight.