Hummel passed away at 97 years old. 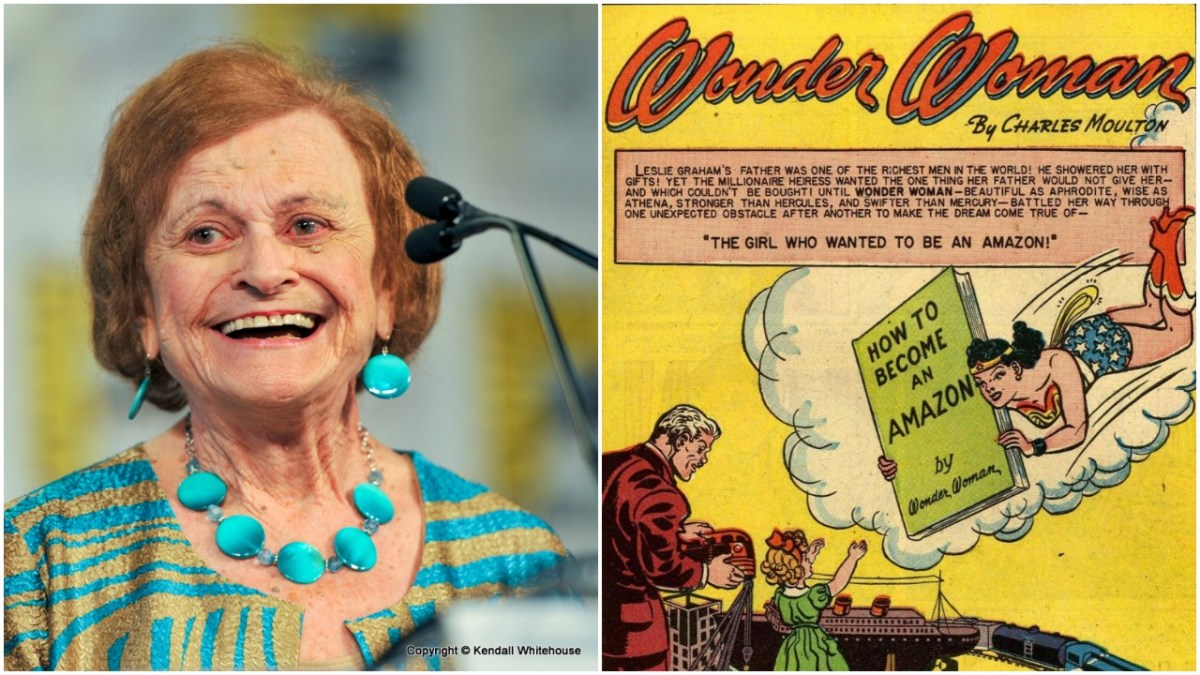 Joye Hummel Murchison Kelly, Wonder Woman writer and unsung heroine of women in comics, has passed away at 97 years old. Hummel was the first woman to write for the Wonder Woman comics, scripting several classic stories from 1944–1947. Her work first appeared in the spring 1945 issue of Wonder Woman #12, “The Winged Maidens of Venus,” where she was published under the pseudonym “Charles Moulton.”

Hummel was hired by Wonder Woman creator William Moulton Marston, who was her psychology professor at the Katharine Gibbs secretarial school in Manhattan. Marston was reportedly very impressed with the then-19-year-old’s writing and offered her a job helping him write the Wonder Woman comic book. Hummel, who was unfamiliar with Wonder Woman and had never read comics before, was nevertheless “astonished and delighted” at the job offer. She took the job assisting Marston, ghostwriting multiple issues of the comic as Marston’s health declined. (He died of cancer in 1947.) “I always did have a big imagination,” she said.

Marston was looking for a young assistant who would help him with then-current slang, as well as Wonder Woman’s core feminist ethos. “You understand that I want women to feel they have the right to go out, to study, to find something they love to do and get out in the world and do it,” Ms. Hummel recalled Marston saying.

After Marston died, DC Comics took the character of Wonder Woman and gave her to writer Robert Kanigher, despite protests from Marston’s family, who dismissed and erased the feminism of the heroine. Hummel married David W. Murchison and retired from writing to care for her stepdaughter. “Even if I had not left because of my new daughter, I would have resigned if I was told I had to make [Wonder Woman] a masculine thinking and acting superwoman,” she later said.

Hummel’s tenure on Wonder Woman would likely have been lost to history, were it not for Jill Lepore’s 2015 book, “The Secret History of Wonder Woman.” Lepore told the Washington Post, “Joye was absolutely a pioneer in bringing her own voice into these stories. She was then pretty much entirely forgotten. … I sort of think that people hadn’t bothered to find her. I called her up and said, ‘Are you the Joye Hummel who wrote Wonder Woman in the 1940s?’ She nearly dropped the receiver — she was delighted but surprised. It was a story she had told her grandchildren, but they didn’t believe her.”

In 2014, Hummel donated her Wonder Woman archives to the Smithsonian Libraries. In 2018, Hummel attended San Diego Comic Con to receive the Bill Finger Award for Excellence in Comic Book Writing at the Eisner Awards. She was 94 at the time, and was finally being recognized for her work.

RIP to a true Wonder Woman.