Just combine them and give us Xenomorph replicants! 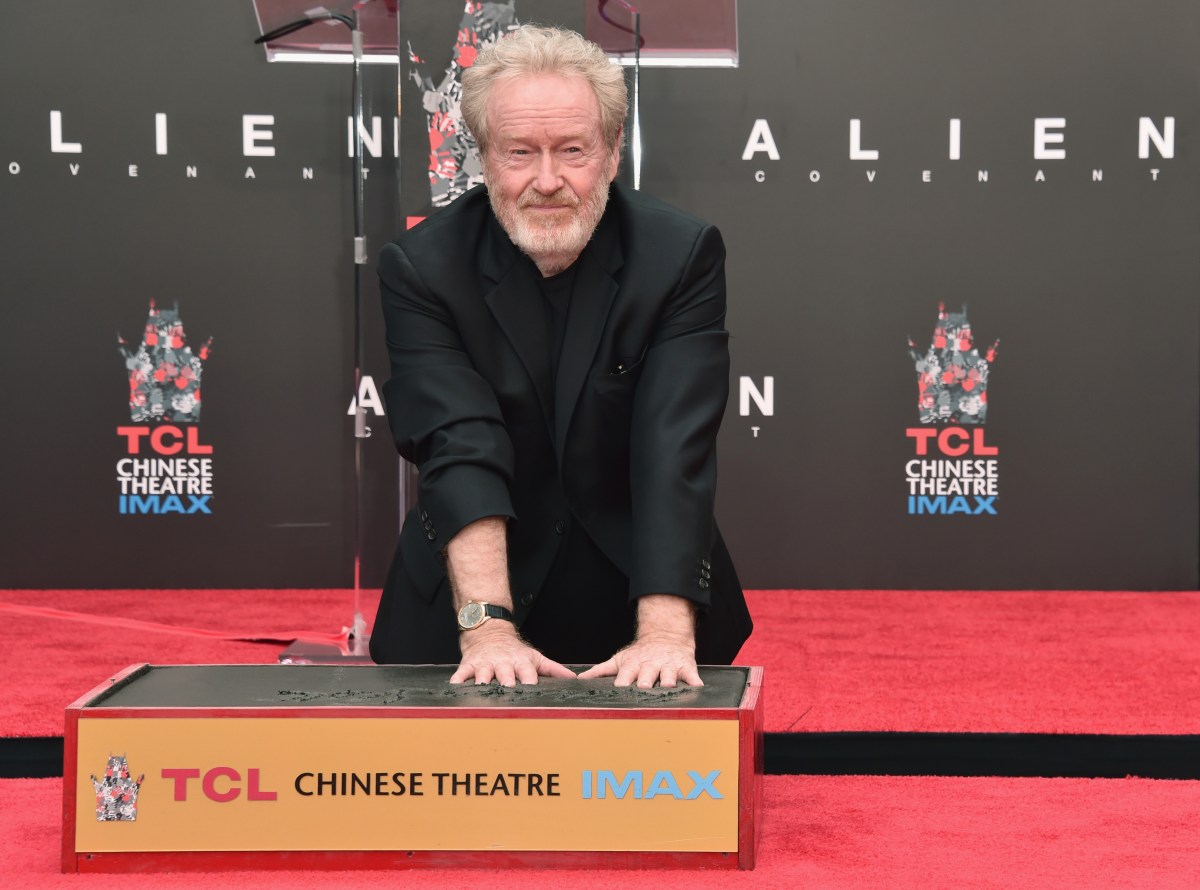 Sir Ridley Scott turns 84 in 2 weeks, but the iconic director shows no signs of slowing down. With his latest film The House of Gucci hitting theaters this week, Scott is hard at work on adapting two of his most famous franchises, Blade Runner and Alien, into live-action TV series.

The Alien series is set up at FX, with Noah Hawley (Fargo, Legion) writing and showrunning the series. It will be the first new Alien project since 2017’s Alien: Covenant, and Scott will executive produce. In a major departure for the franchise, the series will be set on Earth, and no, Sigourney Weaver will not be reprising her role as Ripley.

FX head John Landgraf described the series, saying, “By blending both the timeless horror of the first ‘Alien’ film with the non-stop action of the second, it’s going to be a scary thrill ride that will blow people back in their seats.”

Hawley said of the series, “The alien stories are always trapped … Trapped in a prison, trapped in a space ship. I thought it would be interesting to open it up a little bit so that the stakes of ‘What happens if you can’t contain it?’ are more immediate.” Hawley also said that the series would focus on the villainous Weyland-Yutani corporation, whose greed has doomed countless employees by offering them up as Xenomorph snacks.

A series about a bloodthirsty corporation that doesn’t value the safety of their employees? Still topical after all these years.

In addition, Scott is developing a live-action Blade Runner series, telling the BBC in an interview, “We [have already] written the pilot for ‘Blade Runner’ and the bible. So, we’re already presenting ‘Blade Runner’ as a TV show, the first 10 hours.” Scott executive produced the 2017sequel Blade Runner 2049, which was directed by Denis Villeneuve (Dune). Crunchyroll and Adult Swim debuted an anime series, “Blade Runner: Black Lotus,” last month.

Scott’s live-action Blade Runner series has yet to find a home, but it’s a pretty safe bet that some streamer or network will leap at the chance to continue the iconic science fiction saga. No plot details or casting announcements have been released, and it’s unclear if the series will be connected to 2049 or Black Lotus. Given that Scott’s original film takes place in futuristic 2019 Los Angeles (LOL) it’s a safe bet to assume that the series will be set somewhat in the future. Black Lotus takes place between the two films.

And if those two projects weren’t enough, Scott is already in pre-production on his next film Kitbag, a biopic of Napoleon Bonaparte starring Joaquin Phoenix and Jodie Comer. Now that is one productive octogenarian.

Ridley Scott is more productive at 83 than I’ll ever be in my entire fuckin life. pic.twitter.com/e2iUS4TxO6