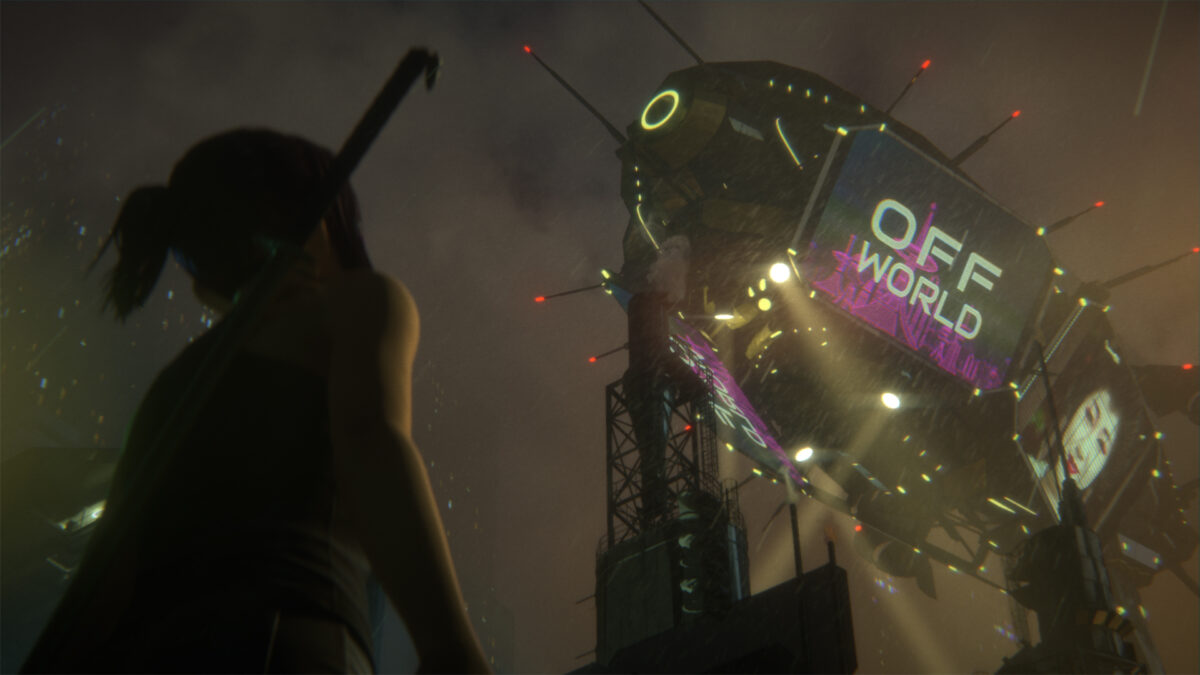 Announced back in 2018, Blade Runner: Black Lotus is set to premiere later this year on Adult Swim (in English) and Crunchyroll (in Japanese w/subtitles). The original anime series is a collaborative effort between Adult Swim and Crunchyroll, and today, we got a look at the voice talent for the series. English VAs are on the left with Japanese VAs on the right.

To add to the all-star cast is the creative team behind the anime series. Kenji Kamiyama (Ghost in the Shell: Stand Alone Complex) and Shinji Aramaki (Appleseed) are working together as co-directors, with Shinichiro Watanabe (Cowboy Bebop and Samurai Champloo) working as a creative producer. Watanabe, back in 2017, had worked on the anime short Blade Runner 2022, much to the delight of Blade Runner 2049 director Denis Villeneuve.

Below is an interview with Kamiyama and Aramaki about the upcoming anime series, the decision to make it 3DCG, and, um, who amongst them is a replicant.

Honestly, if you’re going to make a Blade Runner anime, this is a damn good team to have.

“To make this series we thought about how the key to Blade Runner is its world concept. That mood it has, we felt that expressing that mood was really crucial. We wanted to maintain continuity, you could say, in how the Blade Runner world looks and feels.” -Shinji Aramaki.

While the cast list and the production team are cause for much excitement, I’m kinda amused at the fact that we still don’t know much about the series itself. What we do know is that the 13 episode series will take place between the original film and its sequel, Blade Runner 2049, by taking place in the year 2032. This also means it takes place after the Blade Runner 2022 short that Watanabe worked on. According to io9, the series will “delve into some of the mysteries that the original Blade Runner initially planted in the minds of fans.” The article went on to quote executive producers Andrew Kosove and Broderick Johnson with the following:

“The Blade Runner universe is an incredibly deep well for story and character with its world and mythology that audiences have been debating and talking about since inception. We are excited to continue exploring that world via this anime series.”

Even if the series is set to release this fall, I can’t find a single trailer. The entire project is kinda mysterious. Besides the vague, one-sentence descriptions, we don’t know who any of these characters are or even what they look like. All we can do is look at the references to the Blade Runner universe we get, such as Elle being a replicant created for a “mysterious purpose,” Niander Wallace Sr and Jr, the Wallace Corporation, and the deadly Blade Runner, Marlowe.

I actually kinda like that we don’t know all that much. We don’t even know who we’re looking at in the main image of the anime series.

If you are eager to find out more about the upcoming series, there will be a first look at [email protected]. Starting at 5 p.m. PT/8 p.m. ET on Friday, July 23rd, fans will hear directly from the creative team and some of the voice talent. The panel will include both Shinji Aramaki and Kenji Kamiyama along with Joseph Chou (executive producer), Wes Gleason (voice director), Jessica Henwick (voice of Elle), and Jason DeMarco (co-creator of Toonami/senior vice-president and creative director for Adult Swim/moderator).

Are you excited for the newest entry into the Blade Runner universe? How do you think it’ll tie into everything we’ve come to know about Blade Runner so far?