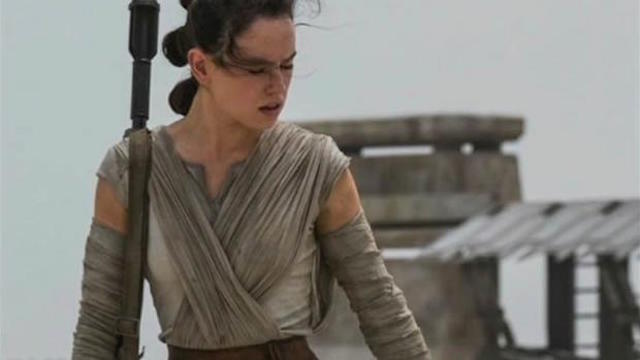 When it comes to equal representation in merchandise, the absence of Daisy Ridley’s Rey in Star Wars toys is a last year is a notable example of how geeky merch oftentimes excludes female characters in favor of male ones. Our own Keisha spoke to the Star Wars Hasbro team about #WheresRey, and they explained that their efforts to avoid spoilers meant there was an unfortunate lack of female representation in their toys–something that they’re now aware of and hope to amend in the future.

Considering that Rey merchandise sold well and the abundance of Rogue One’s Jyn merchandise, it seems like things are gradually getting better, though Jessica broke down that it’s important to point out we should have more representation not only because boys can play with girl figurines, but also because girls play with Star Wars toys as well. In an interview with Collider’s Steve Weintraub, Ridley mentions she recently attended a meeting about merchandise and describes her reaction when #WheresRey began.

I think when it really became a big thing is when J.J. [Abrams] talked about Monopoly. There had been conversations long before that that I was having with people because I didn’t really understand what was going on. And John Boyega in fact told me that he had written to someone and I was like, ‘huh’ because he is more of a toy person than I am. Moving forward I think what they’re planning—I’ve been told what the plan is for next year and it’s really cool, really exciting.”

Can we just pause appreciate how supportive this team is with Abrams speaking up and Boyega writing what was no doubt a strongly worded letter? (Boyega, is indeed a “toy person” and you should watch this clip of him making a toy store stop on his birthday to make sure it has enough Finn figures.) Ridley, of course, is referencing the Star Wars Monopoly set that excluded Rey which Abrams called “preposterous and wrong.” Hasbro eventually amended this and included her in the game.

Ridley also adds that “how the public reacted to it was amazing, because it was a testament to the character and to what J.J. did with the casting.” Most touching, however, was the actresses’ statement about encountering young girls who love Rey. Ridley says that more than money, these interactions serve as motivation:

But for me it’s more about parents coming up to me and saying, ‘My little girl…’ –In fact, who was I talking to? Someone at Pixar actually, really nice guy, he said he was in the cinema with his daughter and something happened and his daughter went, ‘Wow’ And when he told me honestly I almost cried, because for me that is far more important, and when little girls kind of dressed up like Rey, that’s…Yeah.”

Ridley recognizes the significance of her role and how much it’ll influence young girls. It’s moving to see her also get a bit teared up, which is also our go-to reaction when we see images of Ridley with mini-Reys. You can read the full interview over at Collider.